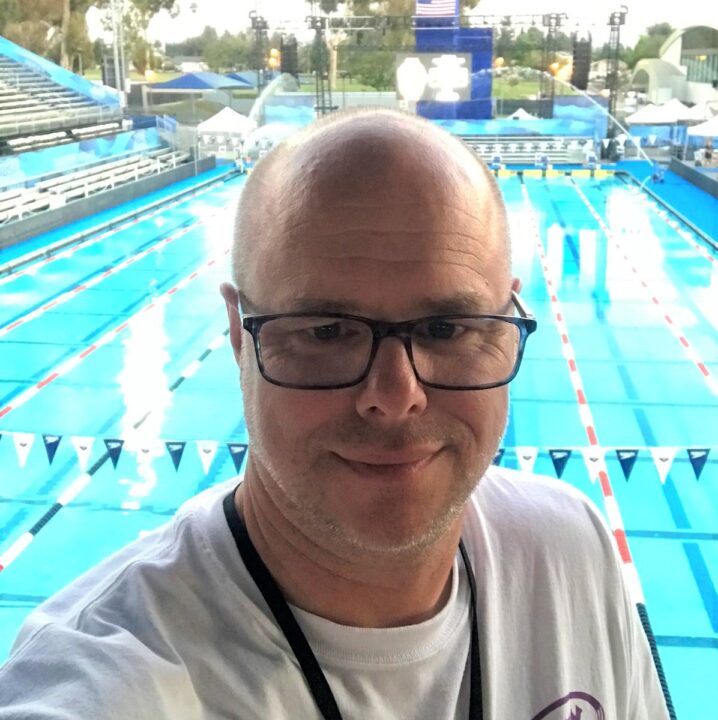 Waterloo Swimming will welcome Andy Korda as the team’s new head coach starting this fall. Korda will be transitioning to Waterloo from his previous head coach position at Blue Tide Aquatics, which he held since 2019.

He later became the head coach of the City of Midland Aquatics program where he notably developed Olympian Natalie Hinds. While Hinds trained for the 2021 U.S. Olympic Trials with the pro team in Georgia, she still credited her success to Korda’s coaching and mentorship.

After Hinds secured her spot on the Tokyo 2020 Olympic team, she wrote a thank you letter to Midland. In that letter, she acknowledged Korda’s influence on her journey by saying, “It was with Andy that I started to believe my dreams could finally become a reality.”

After 10 seasons with Midland, in 2012, Korda became the head age group coach at FLEET where he oversaw the elite Senior and Gold training groups. Following his time there, in 2019, Blue Tide Aquatics in suburban Houston named Korda as its head coach.

Last year in the fall of 2021, he also picked up a scholastic head coaching position at the British International School of Houston.

Korda has shared his knowledge and drills that will improve a swimmer’s underwaters more so in recent years. At the ASCA World Clinic, he gave a talk titled, “Traveling Underwater.” He was also invited onto SwimCloud’s webinar in 2020 to provide race analysis and practice sets to improve swimmers’ underwaters.

Since the club was formed in 2010, Waterloo Swimming’s head coach was Mike Varozza, who is also the owner and director of the swim team.

Blue Tide Aquatics will not need to seek out or promote anyone for the head coach position. Per their website, BTA has Chris Collier listed as the official head coach after previously being named to the role on an interim basis.

Korda hired Collier at BTA after Collier was fired from nearby The Woodlands Swim Team. Collier was let go due to his arrest during the Winter Junior Championships in Austin in December 2021.

Is hiring someone with a criminal history of DV really a good idea?

He does not have a criminal history. All charges were dropped and expounged. He has zero criminal record. You are welcome to look and it is a shame you keep saying this.