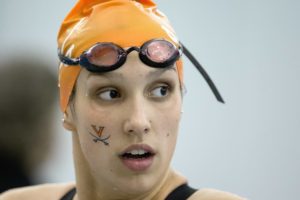 Kiera was born and raised in Raleigh, North Carolina.  Growing up she swam for the YMCA of the Triangle Area (YOTA), and being close to Duke she was raised a die hard Duke fan going to basketball and football games with her family.  During her high school career, Kiera swam for Wakefield High School, winning their conference meet twice in the 200 IM.  She also led her team to finish in the top three during her sophomore year, and was later captain for her junior and senior year before heading to Duke University.  Kiera works incredibly hard at school training for the 200 fly, IM and distance free, but every single day she can be found with a smile on her face.

As a member of YOTA, Kiera qualified for both junior and senior nationals.  Under her coach Chad Onken, she was also a two time North Carolina open water state champion and a member of the state record holding 800 free relay.

Her freshman year, Kiera broke the school record in the 400 IM during the ACC Championship meet and was a part of the school’s record breaking 800 free relay.  Along with her two records she made finals in all three of her events: 500 free, 400 IM and 200 fly.

During her second year at Duke, Kiera was again a part of the 800 free relay at the ACC Championship meet, setting a new school record.  Although she swam the meet with a sprained ankle, Kiera made it to finals in the 400 IM finishing 20th in the event.

Kiera is double majoring in Psychology and Global Heath at Duke.