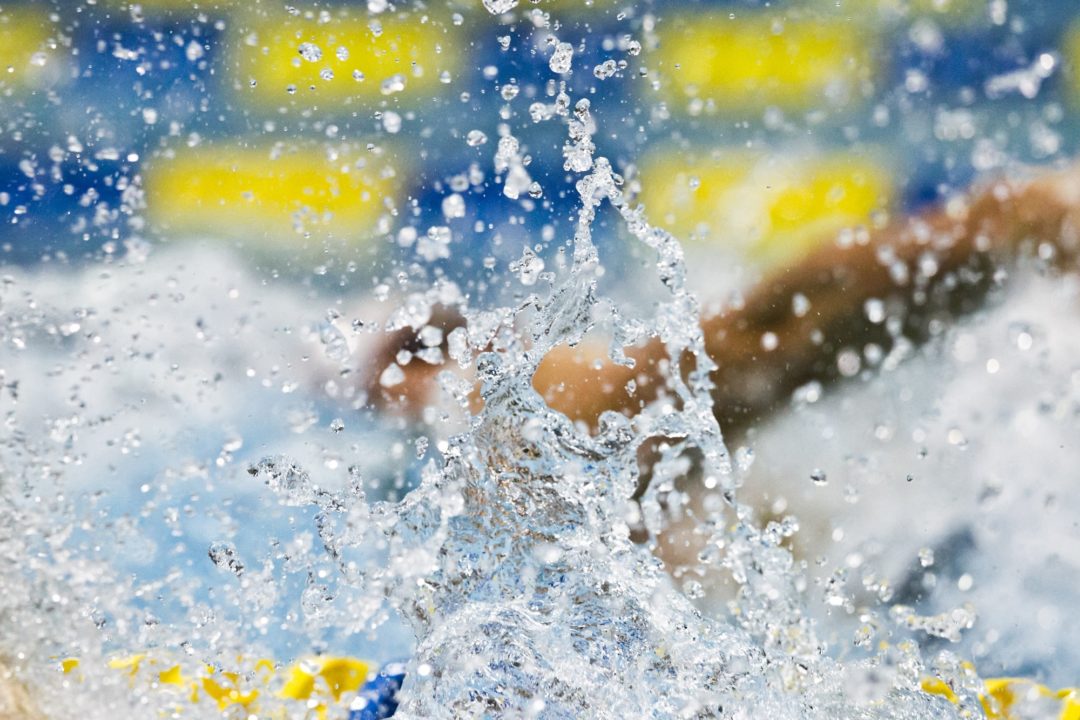 On the second day of the 2014 South American Swimming Championships Andrea Berrino took the 200 backstroke title breaking the... Current photo via Tim Binning/TheSwimPictures.com

On the second day of the 2014 South American Swimming Championships Andrea Berrino took the 200 backstroke title breaking the Argentine national record in the process.

Berrino was not the only Argentinian athlete to win gold on the second night of the competition, Virgina Bardach and Federico Grabich also took home titles on Friday evening. Bardach won her second event of the competition taking the women’s 400 IM in a time of 4:46.62. She collected the gold in the 200 IM on Thursday evening.

Grabich took the men’s 100 backstroke in a time of 55.15. The race for the title was an incredible as Grabich and Brazilian Fabio Arikawa Santi hit the half way mark both turning in a time of 26.90. In the end Grabich got the best of of Santi by two one-hundredths of a second. Santi finished second in a time of 55.17.

The men’s 100 backstroke was not the tightest race of the evening. Brazilians Dayna de Paula and Daniele Paoli de Jesus tied for the win in the women’s 50 butterfly both touching in a time of 27.16.

Mauricio Fiol Villanueva of Peru won his country’s first gold of the competition taking the men’s 200 butterfly in a time of 2:00.52.

Samantha Arevalo Salinas of Ecuador her second title of the competition winning the women’s 800 freestyle posting a time of 8:36.39, only four tenths of a second off of her own national record.