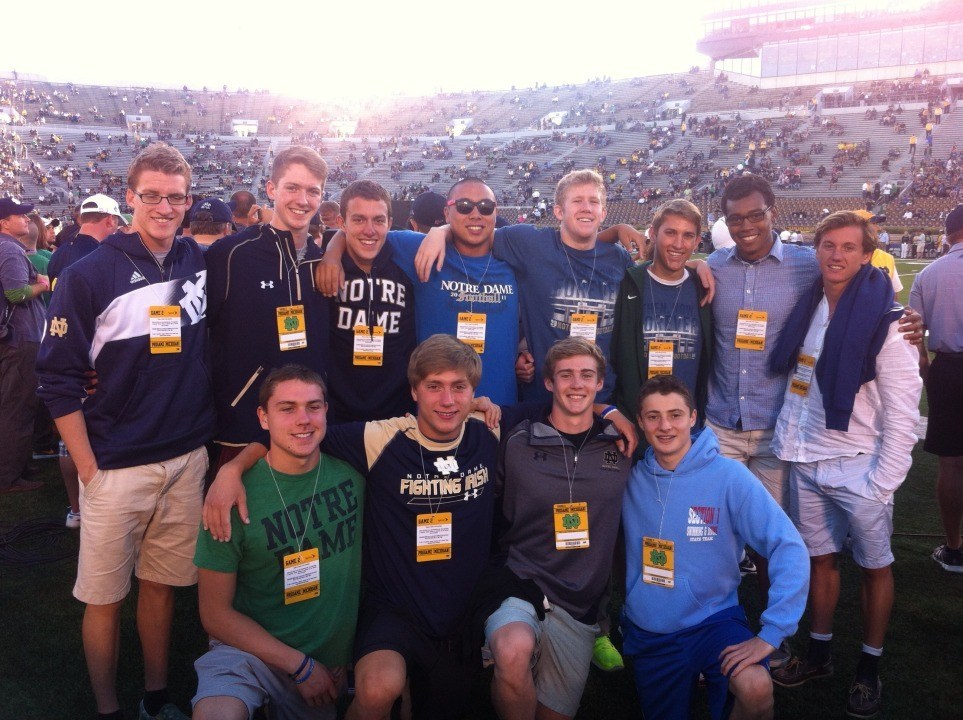 Steven Shek (center with sun glasses) and Matt Grauslys (to his right) pose on their recruiting trip to Notre Dame. Also in this picture are fellow commits Dan Speers, Tate Jackson, Ben Gorski, and Jack Russell.

Steven Shek and Matt Grauslys have both verbally committed to the University of Notre Dame, beefing up an already-deep class of 2015 for the Irish. The two are equally-significant for first year head coach Matt Tallman, though Shek is primarily a breaststroker and Grauslys is a butterflier.

That fits in well at Notre Dame, where they’ve had success with versatile breaststrokers in the past. Senior Zach Stephens, for example, is expected to be the team’s best 100 breaststroker and 50 freestyler this season.

Shek trains with the Jersey Wahoos in New Jersey, as well as Lenape High School. He was 2nd in both the 100 breaststroke (tied) and 200 free at last year’s New Jersey High School State Championship meet.

The Fighting Irish have an aging butterfly group, with four of their five fastest in the 100 from last season being juniors and seniors. While they did a little bit to address that in the class of 2014 with swimmers like Justin Plaschka, Grauslys will have an opportunity to fight for spots on the team’s medley relays immediately upon arrival.