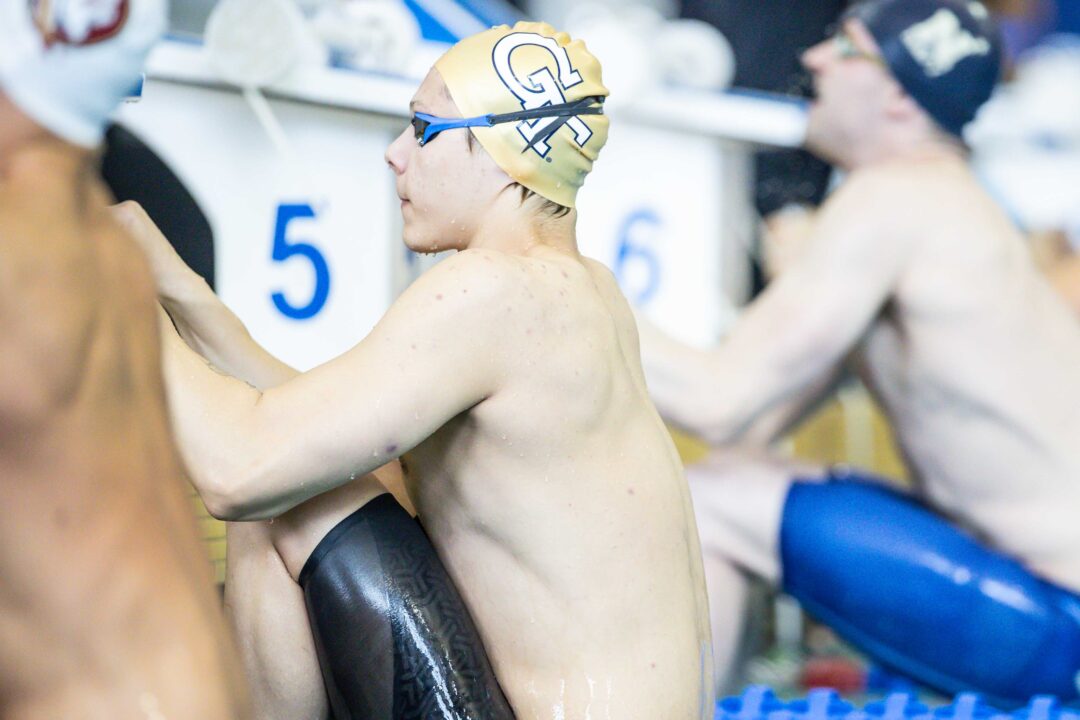 Saka (above) swam dual meet best times in the 100 and 200 backs and was not far off of his times from midseason as Georgia Teach defeated Queens. Archive photo via Jack Spitser/Spitser Photography

Georgia Tech hosted both Queens and West Florida for a double dual over the weekend. Notably, Queens is in its first transitional year as it moves from Division II to Division I. West Florida is home to a women’s-only program and is Division II.

Highlighting the men’s side of the meet was Berke Saka who helped Georgia Tech to a relay win in addition to winning both backstroke events. Saka helped kick off the meet swimming a 22.18 on the backstroke leg. The team also consisted of Daniel Kertesz, Leandro Odorici, and Will Coady. They touched in a final time of 1:26.22.

Saka won both backstroke events in commanding fashion. First, he won the 100 in a 46.15, winning by over two seconds. That was his fastest time in a dual meet this season and not far off his personal best of 45.60 which he swam at midseason. The school record holder in the event also won the 200 back touching in a 1:41.57, not far off his personal best and school record time of 1:40.49.

Other events winners include:

Alex Kunert is still swimming?? He takes the crown for the oldest swimmer in the NCAA – second Grant House. Who are some of the older ones still around for their final season? Could be an interesting article