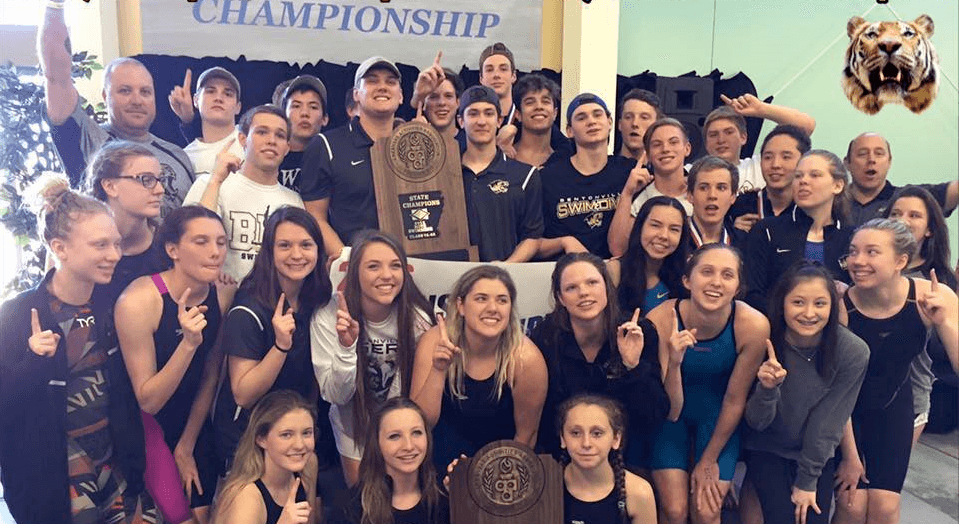 Bentonville High School in Northwest Arkansas continued their dynastic streak of AHSAA titles at the 2016-17 Arkansas High School Swimming and Diving Championships. It has been 18 years since any boys team, and 19 years since any girls team, has unseated them, putting Head Coach Marcel Da Ponte’s Tigers on a short list of teams to have ever held such a long reign for both genders at any level in the sport.

Bentonville won 13 of the 24 events, and 5 of the 6 State Records set during the meet were claimed by Tigers on the way to their dual victories.

Bentonville’s boys squad had two double winners, led by Penn State signee Hayden Harlow who claimed the 200 IM with 1:50.46 and the 100 breaststroke with 55.84.  Tiger Freshman Ryan Husband cut five seconds from his lifetime best to with the 200 freestyle with 1:39.97, and then later in the meet destroyed the State Record in the 100 free with 45.59, erasing the mark set by Ellis Miller from Siloam Springs in 2009.

Bentonville’s boys set two relay State Records as well.  The team of Zane Sutton, Harlow, Husband and Simon Mooney cut 1.8 seconds from the mark set last year by the Tigers, reducing it to 1:34.19.  At the end of the meet, Harlow, Sutton, Hayden Dixon and Husband would cut over six seconds from the 400 Freestyle Relay Record that had stood since 2010, dropping the mark to 3:08.24.

Other event winners and notable swims include: