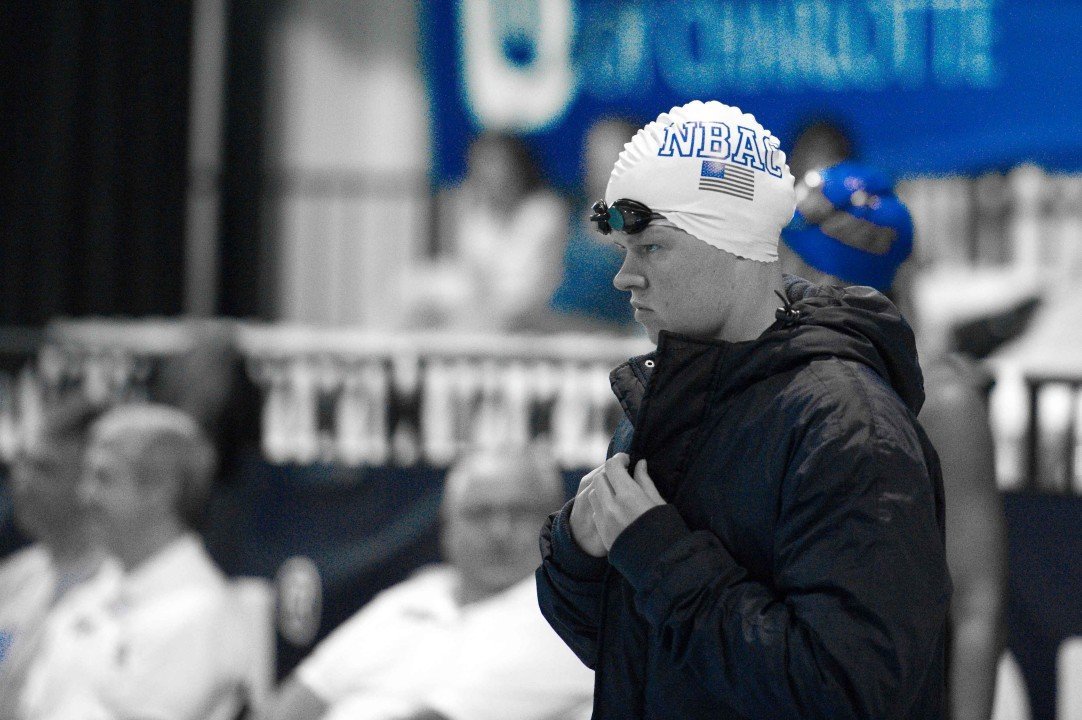 Becca Mann injured her back two weeks ago, suffering a herniated disk and three bulging disks. She missed the final of the 800 free tonight by one place. Current photo via Mike Lewis/Ola Vista Photography

After scratching every other event that she had on the dock for the week, open water national champion Becca Mann, a University of Southern California recruit, didn’t make the finals of the 800 free this morning. She came into the prelims seeded second with 8:21.77.

The Baltimore Sun is reporting that Mann injured her back two weeks ago and swam this morning with a herniated disk and three bulging disks.

She finished just one place and .46 from earning a spot in the final.

This injury marks another Olympic heartbreak for Mann, an internationally-competitive open water swimmer. This summer at the FINA World Championships in Kazan, Mann finished just 10 seconds outside of the necessary time to make the World Championships top ten in the 10k open water marathon swim. And, then, because the U.S. already qualified open water swimmer Haley Anderson, Mann was not allowed another chance at the open water team at the 10k Open Water Qualifier in Setubal, Portugal earlier this month.

Hope you recover soon, Becca, & come back better than ever

How did she hurt her back?? Did she fall or something???

Hope she wasn’t hanging around Teri(just kidding) but I hope she makes a full recovery and comes back even stronger!:)

Thank you for reporting this, Swimswam, I have been wondering what happened to Becca! I hope she knows that her fans are going to keep her in their minds and hearts until she recovers and returns to her rightful place at the top level of the swimming world! I’ve had a herniated disc myself, so I know how painful that is. Good luck Becca!

I will pray for a speedy recovery. So sorry Becca…you are a star.