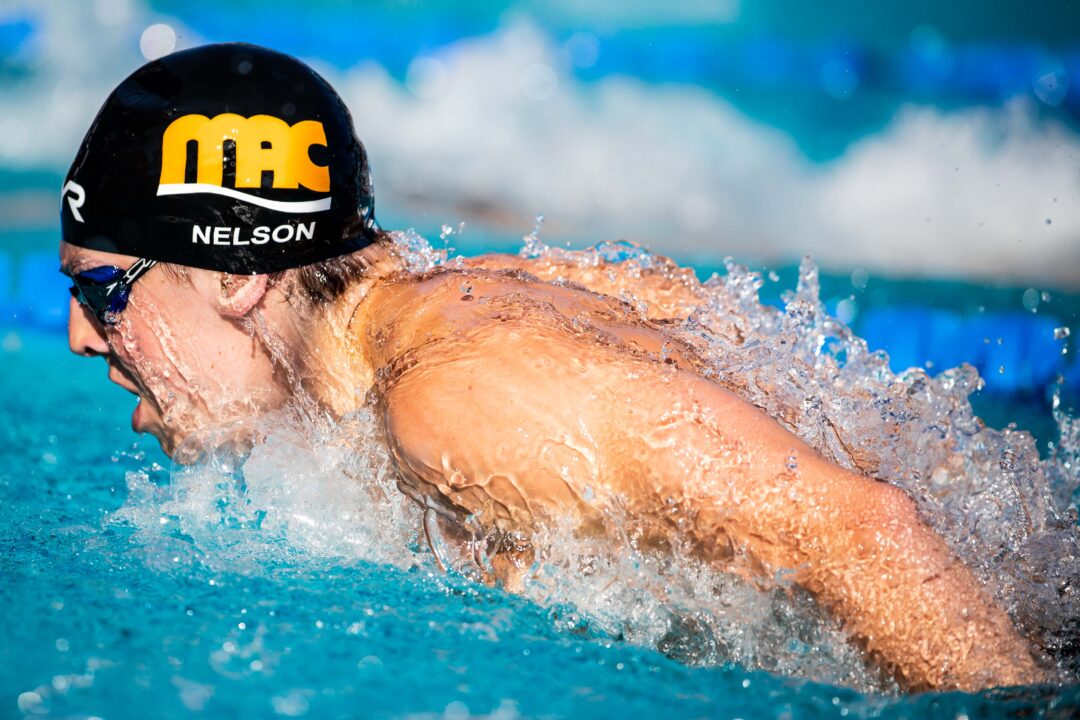 Baylor Nelson has seven North Carolina State Championship titles under his belt and has committed to Texas A&M for the fall of 2022. Current photo via Jack Spitser/Spitser Photography

In February, Nelson verbally committed to Texas A&M for the fall of 2022. He was ranked #2 on our Way Too Early List of the top-20 boys from the high school class of 2022 for being the fastest 200 IM’er in his class and dropping seven seconds in the 400 IM during his sophomore year of high school.