Barceloneta Looks to Bounce Back vs. Szolnok on WP Champions League Day 3 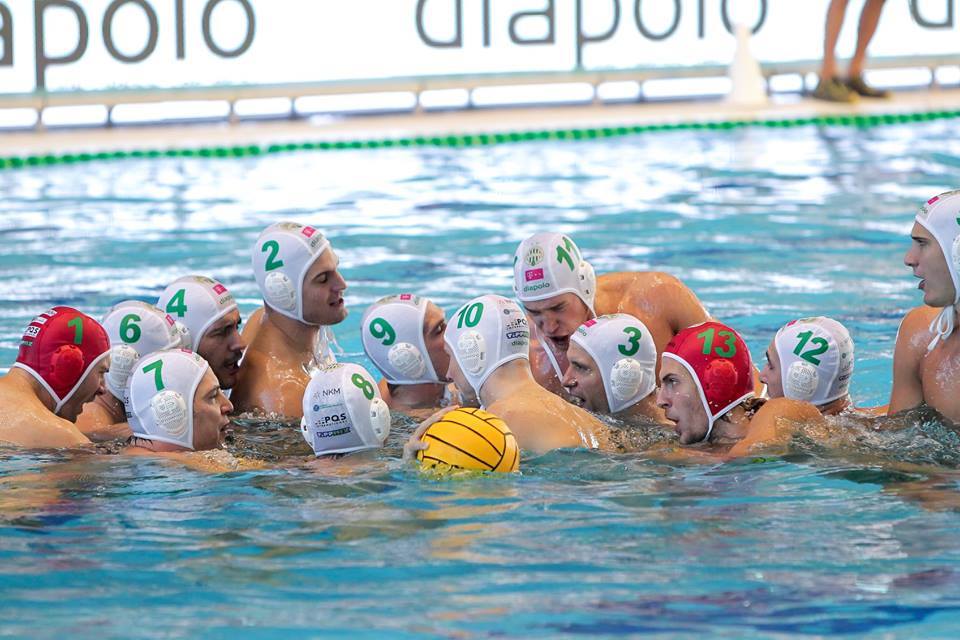 Both Champions League groups started to be divided between the favorites and the underdogs after two rounds and the third doesn’t look primed for surprises. Current photo via LEN Media

It seems that both groups started to be divided between the favorite sides and the underdogs as the first two days didn’t bring any upsets – and the third round doesn’t promise to see surprises either.

The most interesting game comes in Group A where Barceloneta clashes with Szolnok. Both teams belong to the “big boys’ circle”, Szolnok kicked off its season with two wins while the Spaniards played pretty well for two quarters in Dubrovnik but a blackout in the third cost them the match (Jug staged a 6-0 run and sailed away with the win). Now they are looking for getting back the three points they lost ten days ago but Szolnok also showed some strength despite shaping a brand new team (which left its mark on their defense as they conceded 22 goals in their first two home appearances).

The other two favorites seem to have an easy task. Jug takes on Spandau, though the Germans’ previous visit to Croatia ended up in a well-deserved draw in Split but playing in Dubrovnik is a much tougher challenge. Last year’s runner-up Olympiacos clashes with Jadran Carine – the Montenegrins started their quest with two home losses and it’s hard to see them regaining any of those lost points in Piraeus where Olympiacos has been unbeaten in 15 home matches in this competition.

Sintez lost its first two away matches but now they play at home and have a fine chance against Jadran Split to get the first points – while the Croats are planning the same after dropping two points at home against Spandau. If these teams want to stay close to the favorites with some hope to catch the fourth place, this is a game to win for both.

The same applies for the clash of Marseille and Hannover in Group B. Here the three big favorites, FTC, Recco and OSC seem to represent a different category but the race for the fourth qualifying spot is wide open and the game between the French and the German side is quite important from this perspective.

The other chasers may need to have a miracle in this round. The two newcomers, Terrassa and Tbilisi both face another tough test against the Hungarian giants. Title-holder Ferencvaros is looking for a third home win this season, this time against Terrassa, while OSC is the first team to visit Tbilisi in the Champions League – Dinamo might have wished for an easier home opener.

Mladost prepares for a surprise against the mighty team of Recco, though it might take more than a miracle. Indeed, the last team having beaten Recco was Szolnok in the autumn of 2017 (on Day 4 in the prelims) – since then the Italians produced a 24/24 run in the group stage and reality suggests that they are set to make it 25 on Wednesday.

(All times are local)