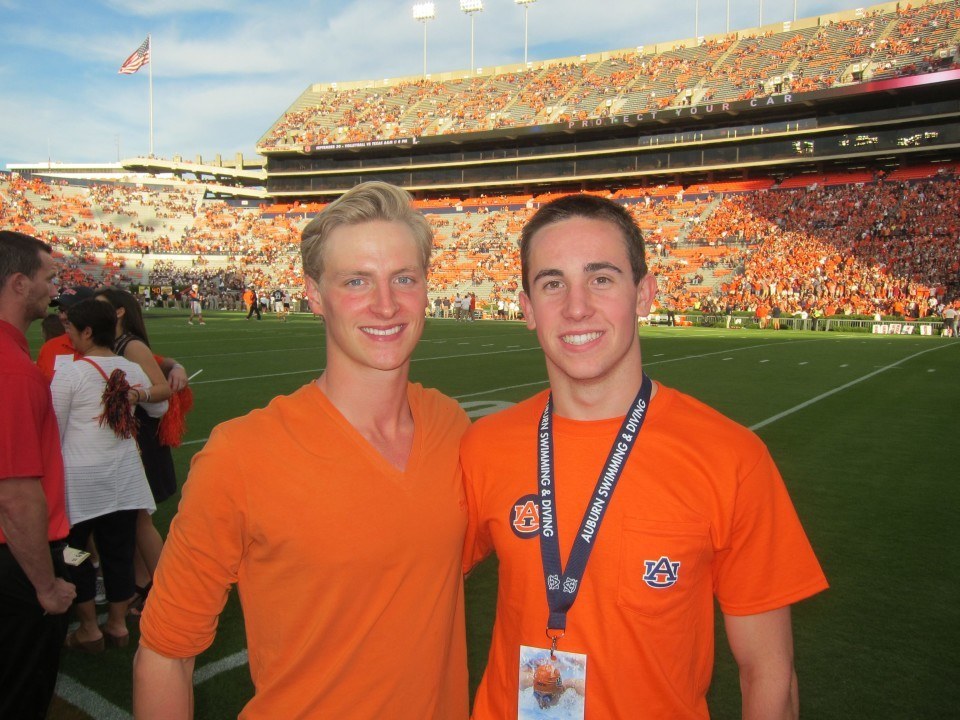 “I chose Auburn because from the moment I stepped on campus it felt like I was part of a family. On top of that, Auburn has a coaching staff that can help me reach my full potential, and a team with a great future. I can’t wait to be a part of one of the top college teams in the country. War Eagle!!!”

2016 Olympic Trials qualifier David Crossland has committed to swim for Auburn University in the fall. The Hockessin, Delaware-native is a senior at The Tatnall School in Wilmington. At the 2015 Delaware High School State Championships, Crossland crushed the state records in the 100 fly (by 1.8 seconds) and 100 back (by 1 second).

Crossland swims year-round for Delaware Swim Team. He is a 2016 Olympic Trials qualifier in the 100m back and 200m back, having finished fourth and third in those events, respectively, at Summer Juniors in San Antonio last summer. His top times over the past two seasons are:

Crossland’s current 100 fly would have easily made the “C” final at 2015 SEC conference championships, while his times in the 100/200 back are only a couple of tenths out of scoring position; it took 48.31/1:45.54 to make finals at SECs in February. With improvements of 9/10 and 2.8 seconds, respectively, in the 100m and 200m backstrokes this summer, Crossland could be poised to have a strong senior year and begin his career at Auburn in a position to provide immediate impact for the Tigers across a number of events.

Crossland joins fellow-commit, freestyler Colin Bone, who has also committed to Auburn for 2016.