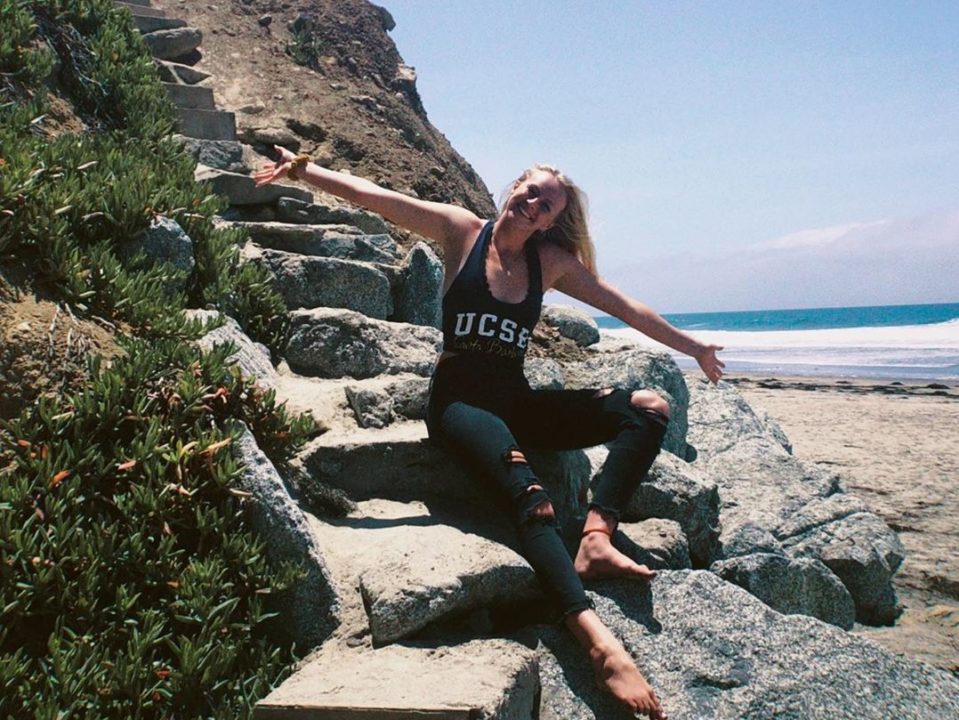 Backstroker Danielle Carter has committed to swim for the University of California Santa Barbara (UCSB) after leaving the women’s swimming program at Cal. Current photo via Danielle Carter

Delaney will have an immediate impact, as his 50 free best time would’ve led the Badgers entire roster last year.

I’m so excited to announce my commitment to continue my academic and swimming career at UCSB!! Go Gauchos!!!💛💙

Back in January, Carter entered the NCAA transfer portal after deciding to leave the Golden Bears, stating, “I am continuing to swim and search for a better swimming and academic program that will fit me and that I can contribute to.”

During her time at Cal, Carter never raced in a meet for the Golden Bears.

Since leaving Cal, Carter has been training with her club team, Quicksilver Swimming located in San Jose, California.

All of Carter’s lifetime bests in yards are from high school, where she was the 2019 CIF State Championship runner-up in the 100 back as a senior at Los Altos High School.

If she is able to replicate those times, she’ll have an immediate impact on UCSB’s roster. Her best time in the 200 backstroke would have won the event at the 2020 Mountain Pacific Sports Federation Championships, where UCSB’s highest finishers were 6th-place Elena England (1:59.81) and 7th-place Gillian Flath (2:00.84).

Additionally, her best 100 backstroke would’ve finished 2nd at the MPSF championship, behind Hawaii’s Karolina Hajkova, while her best time in the 100 butterfly would’ve come in 3rd at the championships.

Carter’s best times in the 100 and 200 freestyle would also put her in the position to be on several relays for UCSB, where her times in both events would’ve ranked her 4th on the team. UCSB lost reigning 200 freestyle conference champion Emily Boggess and Emily Ward to graduation, who were on both of those relays during the championship.

Last season, UCSB finished 2nd at the MPSF Championship, finishing about 30 points behind Hawaii. When she arrives, Carter will join Reagan Nibarger, Cameron Collins, Hannah Joseph, and Paige Gambetta in the Gauchos’ class of 2024.