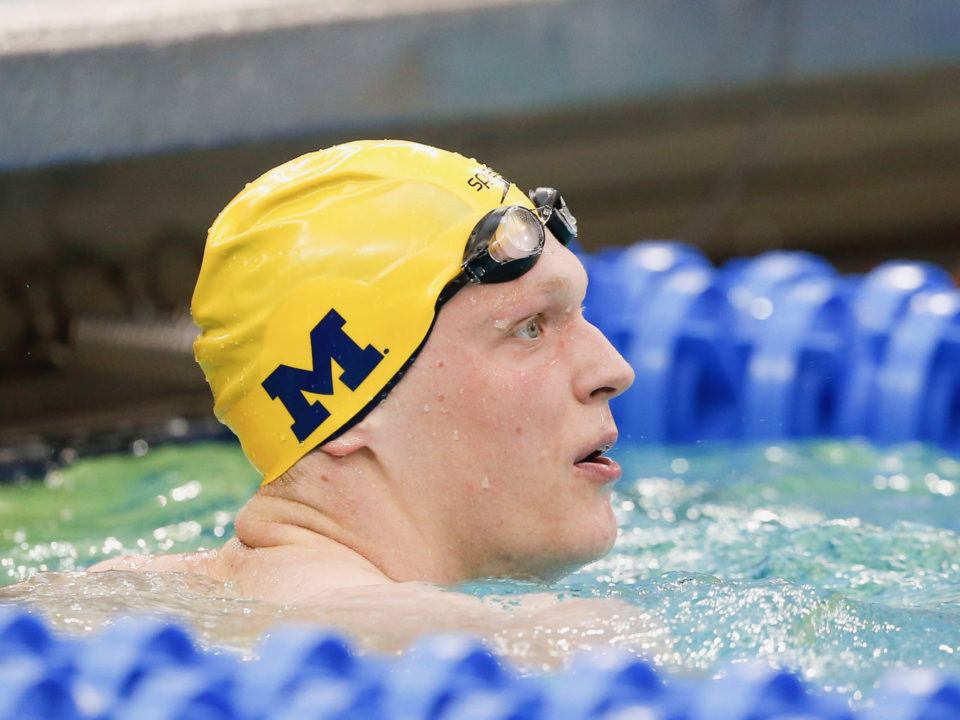 This fall, Austrian Olympian Felix Auboeck will be joining the Loughborough University training group and studying at the school in England. Archive photo via Tim Binning/TheSwimPictures.com

Emma McKeon already has Olympic medals from Rio but she just nabbed a spot on the Aussie roster to try to add more in Tokyo.

Auboeck confirmed the news to SwimSwam in an interview this week. (Stay tuned for our full-length interview with Auboeck in a podcast coming soon).

“I will start in the beginning of September at Loughborough University and swim there and study,” Auboeck said.

The 23-year-old Auboeck just wrapped up his fourth season with the Michigan Wolverines in the American NCAA system. He was a 2016 Olympian in the 400 free, representing Austria. Last summer, he competed in the 400 and 800 freestyles at the 2019 World Championships.

“I’m really excited,” Auboeck said. “I think it’s the right thing for me to do. I get a world-class group, a lot of people who have the same goals as me, and get another college swimming experience.”

Auboeck recently competed at the Four Nations Meet in Budapest, hitting the second-best 400 free of his career: 3:45.00.

Who’s coaching these guys? Assuming they can’t swim with Mel Marshall or Dave Hemmings as they coach at the National Centre (British swimmers only) – are they going to join one of the uni squads? Because Loughborough is one of the few places in the UK where you can swim and study, those squads are usually pretty crowded, and Marshall/Hemmings squads get the preferred training times. Some great swimmers have come out of the other squads so there’s not a “bad” option, I just wonder where they’re going to slot in.

Hopkin is training with Mel Marshall. I believe Hansson, Vazaios, and Auboeck will train under Andi Manley and Ian Hulme. They also coach current swimmers Marie Wattel and Jocelyn Ulyett, I believe.