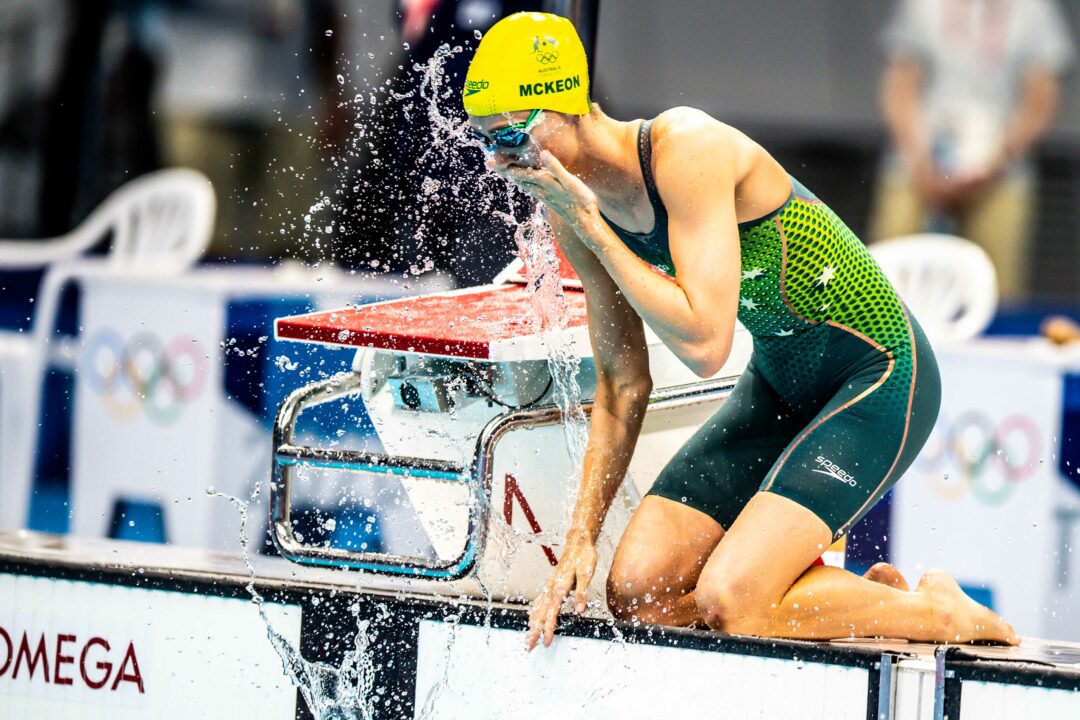 In the lead-up to Short Course Worlds, the Aussie squad has headed about two hours north for a training camp in the city of Bendigo. Archive photo via Jack Spitser/Spitser Photography

Australia is sending an absolutely loaded roster of 36 swimmers to compete on home soil at next week’s Short Course World Championships, which will take place in Melbourne from Dec. 13-18.

In the lead-up to the competition, the squad has headed about two hours north for a training camp in the city of Bendigo (which, like Melbourne, is in the state of Victoria), using the week to not only fine-tune things for Worlds, but to also familiarize themselves with the Victoria area as it will play host to the Commonwealth Games in 2026.

Head coach Rohan Taylor spoke on how the team is using the camp to peak for the competition that will get underway on Tuesday.

“So taper stage, and right now it’s just about converting the work that they’ve been doing,” Taylor told ABC.

“It’s really just about getting in and doing the fast stuff when they need to just to sharpen them up and get ready.”

The Aussies are using two 50-meter pools at the Gurri Wanyarra Wellbeing Centre for the camp, and are using the time to mold themselves into a team prior to the championships.

“Anytime you take people, athletes in particular, into environments that they’re not familiar with, there’s always a good benefit because they have to revisit why they’re doing what they’re doing,” Taylor said.

“They enjoy the experience of being in a different environment, but they also have to really focus on why they’re here and what they’re doing.”

This is arguably the best roster Australia has ever sent to the Short Course World Championships, a stark contrast to last year, when they didn’t send an official team and only had one swimmer, Holly Barratt, wear the green and gold cap.

This year’s roster is headlined by individual Olympic gold medalists Emma McKeon, Kaylee McKeown, Mack Horton and Kyle Chalmers, along with burgeoning talents such as Mollie O’Callaghan and Flynn Southam.

Jenna Strauch, one of the team captains, spoke on how big of a deal it is to have an international meet on Australian soil.

“We’ve got a pretty jam-packed team heading into a home world champs which, mind you, we haven’t had an international meet in Australia for 15 years,” she said.

“This a pretty monumental moment for us. It’s been a very long time, so we’re all excited to sort of be at a home crowd.”

Taylor and Strauch both added they were excited about having the team’s staging camp in Victoria, allowing for spectators to come out and watch some of their training sessions.

“There’ll be a lot of a lot of people coming out to the area, and in and around Victoria and I think, is a fantastic initiative,” said Taylor.

Strauch, an Aussie Olympian who competed at the 2018 Short Course Worlds in Hangzhou, China, added: “That’s the most exciting part, that the community can come down and see us in open training sessions.

“We haven’t had open training sessions for a very long time. It’s a great opportunity for people to get involved and see what we do and be a part of the journey.”

And lots of relays. Gives her a different focus

It’s not like she chose not to swim the 100 free. She got beaten by Madi.

I think she wanted a different focus. She tried for the 100 free but missed it. She didn’t even try for any other free events