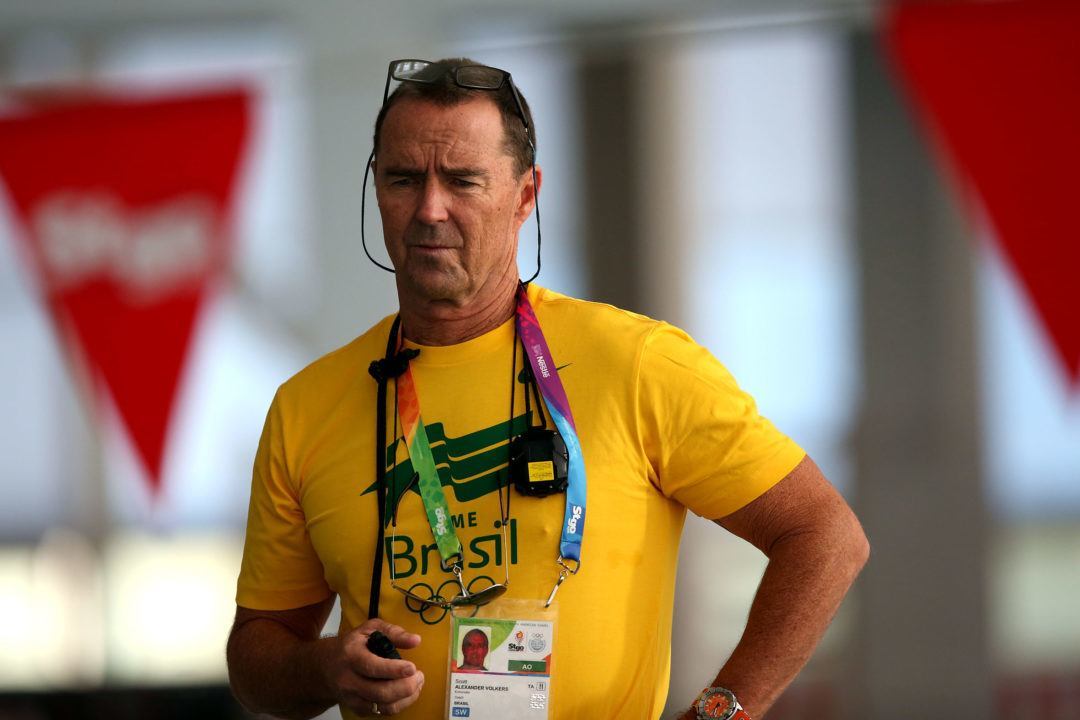 The black cloud following Australian swimming coach Scott Volkers has begun to rain, as the 59-year-old has been arrested on five counts of indecent treatment of a child.

Per Australia’s 9 News, detectives from the child abuse and sexual crime group took Volkers from his Queensland Sunshine Coast home and into their custody this morning. Volkers has been living back in Australia after coaching in Brazil, a job which included being on staff at the pre-Olympic training camp.

Volkers has a long resume of coaching some of Australia’s biggest swimmers, including 8-time Olympic medalist Susie O’Neill, but was accused by three former female swimmers in Australia of sexual abuse. While Australian authorities did not believe there was enough evidence to pursue criminal charges, Volkers is no longer allowed to work with children under the age of 16.

In 2011, Volkers moved to South America, but Australia had not dropped its fight against the coach. In 2014, they said that they would deny Volkers’ accreditation to the 2014 Pan Pacific Championships in the Gold Coast. Volkers was also rejected from being credentialed for Rio.

Australia’s 9 News has reportedly spoe to the women behind the allegations against Volkers who said, “This needs to be decided by a jury it’s all we’ve ever wanted.”

Upon his arrest, which was followed by his being granted bail, Volkers denies all allegations and told 9 News he was being ‘victimized’ and ‘It’s bene 15 years I’ve been subject to this.’

Hopefully now there will finally be justice for the victims.

Geez. Next he’ll say he was mad at God.