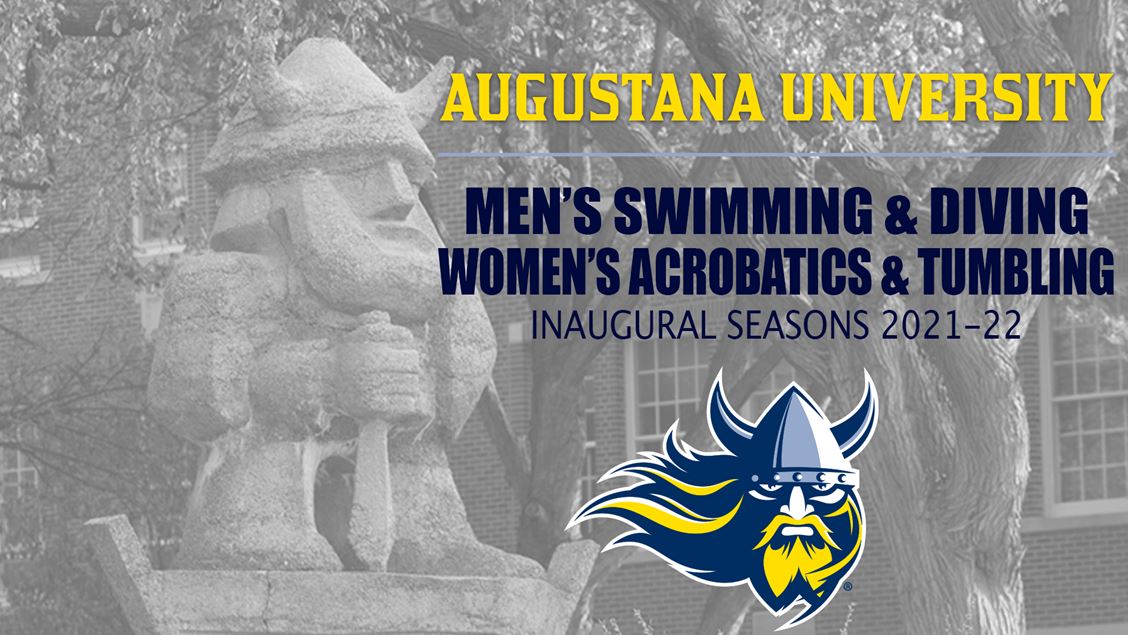 After adding a women's swimming program for the 2016-2017 season, Augustana University will add both diving and men's swimming for 2021-2022.

Augustana University in Sioux Falls, South Dakota, has announced another expansion of its aquatics program with plans to add men’s swimming & diving, along with the NCAA emerging sport of women’s acrobatics and tumbling, for the 2021-2022 school year. This will bring the NCAA Division II school’s* athletics offerings to 21 sports.

Editor’s Note: not to be confused with Division III Augustana College in Illinois.

“A key part of our strategic plan, Viking Bold: The Journey to 2030, is to provide new opportunities for students that also help fuel enrollment growth,” Augustana University President Stephanie Herseth Sandlin said. “These two sport additions do just that, and we’re excited about the student-athletes these programs will attract as we continue building momentum here at Augustana.”

Earlier this month, Augustana announced that it would begin a diving program for the 2021-2022 season, and now they have completed the trifecta with men’s swimming.

The men’s program will be led by current women’s team head coach LIndsie Micko, who founded the program in 2015.

Last season was the conclusion of the program’s first full four-year competition cycle. During that time, the Vikings have had 2 swimmers earn 3 All-America Honors. Last season, junior Taylor Beagle was named the NSIC Swimmer of the Year and of the championship, and freshman Ruth Huffman was named the conference’s Freshman of the Year.

Only one other member of the Northern Sun conference sponsors men’s swimming, St. Cloud State, and they compete in the GLIAC conference. The GLIAC, one of the faster conferences in D2 swimming, had 6 men’s team compete at last year’s conference championship meet, led by Grand Valley State University in Michigan.

Augstana’s campus is home to the Elmen Center Swimming Pool, which is a 6-lane, 25-yard pool.

Love to see this. And if you already have a women’s program, a coach, and a pool, the incremental cost of adding a men’s team (with presumably no scholarships) is pretty minimal.

I swam for Northern State which is in the NSIC with Augustana. My Dad passed away the year after I graduated. The girls on the team still thought it would be a kind gesture to send a card and reach out—With that I just have to say to anyone who may look here Augustana is a great school & team that appears to be led by a coach that models champions in and out of the pool.
All the best! This is incredibly exciting. Go Vikings!💙💛

Great story, thanks for sharing.

Lol, first sentence too. Sioux Falls is in South Dakota, not North.

Great News! If you are a private school and have enrollment and retention issues plus a six lane competition pool at a minimum, my advice to you…..start M&W swimming. With the correct hire, it’ll easily pay for itself and then some.

Lots of NAIA schools are doing exactly that. Extra 50-60 students who would have gone elsewhere (most likely) plus typically good students and citizens.

Excited to see another men’s program in the NSIC! Hopefully a few more of the schools that have women’s only programs add men’s teams and the NSIC will sponsor men’s swimming!!