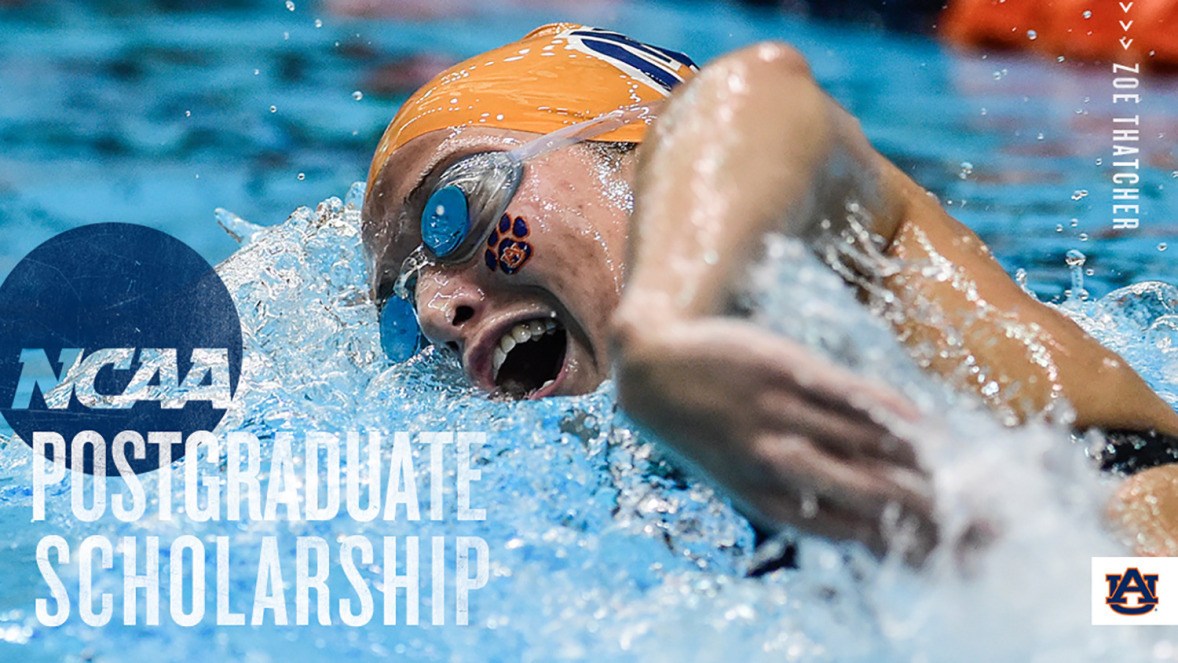 AUBURN, Ala. – Zoe Thatcher of Auburn Swimming and Diving has been awarded a NCAA Postgraduate Scholarship.

Thatcher, from Mason, Ohio, majored in apparel design and production with a minor in studio art, carrying a cumulative GPA of 4.0. A four-time SEC Honor Roll selection, she has been a member of the Phi Kappa Phi Honor Society, been on the College of Human Sciences Dean’s List, been a part of the National Society of Collegiate Scholars and was awarded the 2017 Phi Kappa Phi Most Outstanding Second-Year Student Award.

“I’m so honored to have been nominated for and chosen to receive this award,” Thatcher said. “This will help me greatly in my future education as I plan to attend graduate school at SCAD (Savannah College of Art and Design). I’m planning on studying illustration and will combine that with my knowledge of fashion and apparel design.”

In the pool, Thatcher was a member of Auburn’s NCAA Championships roster three times, swimming the 500 and 1650 freestyles and 400 IM as both a sophomore and junior.

The NCAA awards up to 174 postgraduate scholarships annually. The scholarships are awarded to student-athletes who excel academically and athletically and who are at least in their final year of intercollegiate athletics competition.

Congratulations, Zoe. I can think of no student athlete more deserving of this award. You’ve made your mark on Auburn, now go make it on “life”!