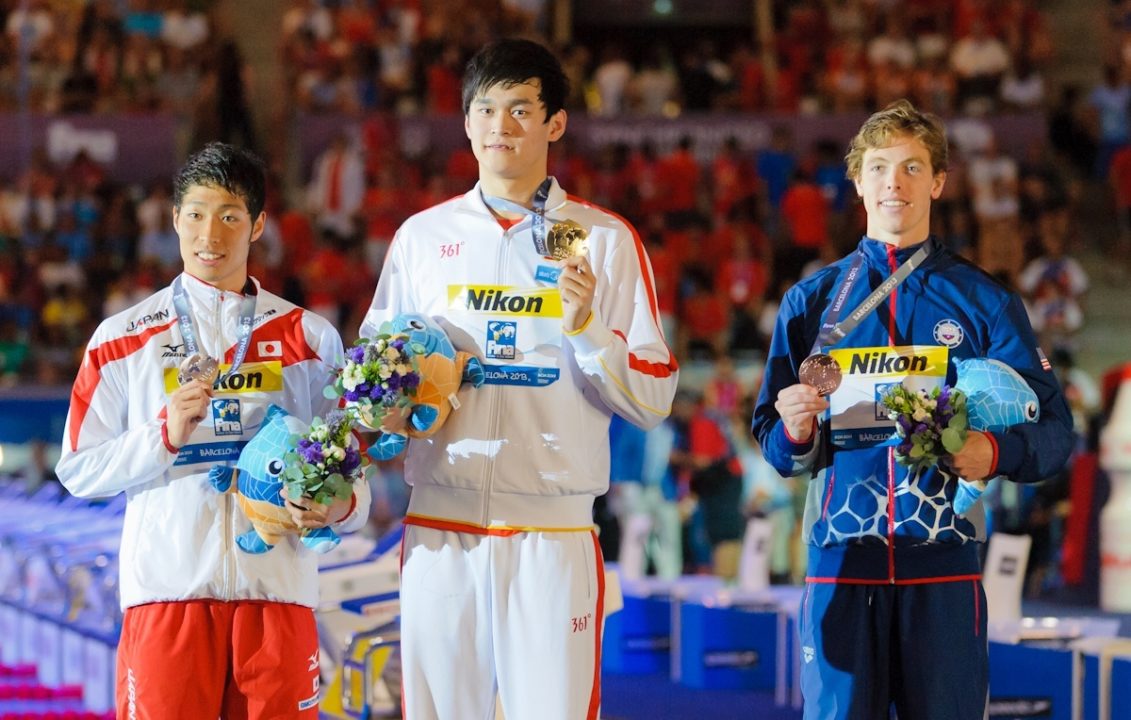 Yesterday, we mentioned the topic of women’s swimming in Pakistan. Two years ago, when Lianna Catherine Swan was just fourteen years old, she addressed the lack of facilities and support in representing her country.

Swan two years ago had dreams of representing her country in more international competitions. While it may a harder battle for these women to rise to the top, they still continue to break down barriers and be revolutionaries in their sport.

Linanna Catherine Swan set her second Pakistani National record of the meet in the 100 breaststroke at 1:19.61, to finish 54th overall.  Look for Swan in 2016 to join the names of Anum Bandey, Kiran Khan and Rubab Raza as the only three woman to ever represent Pakistan at the Olympic Games in swimming.

Amit Ivry is the sole women representative from Israel. Ivry competed in the 2012 London Games in the 100m butterfly and 200m IM, and in the 200 IM she became the first Israeli woman to advance to the semi-finals where she finished 13th.

While she did not repeat such performance here in Barcelona, she did swim the 100 breaststroke finishing 18th and her time, 1:07.52, set a new Israeli National record.

China and Japan had a some up’s and down’s of night 2 here in Barcelona. Here are some quick notes to recap their performances:

what about not being 100% physically on the day? So many great swimmers had bad days at the most important meets…What about Vollmer not making the team in 2008…

How could Allison Schmitt swam 1:53 in London but only swam 1:59 in Indianapolis?