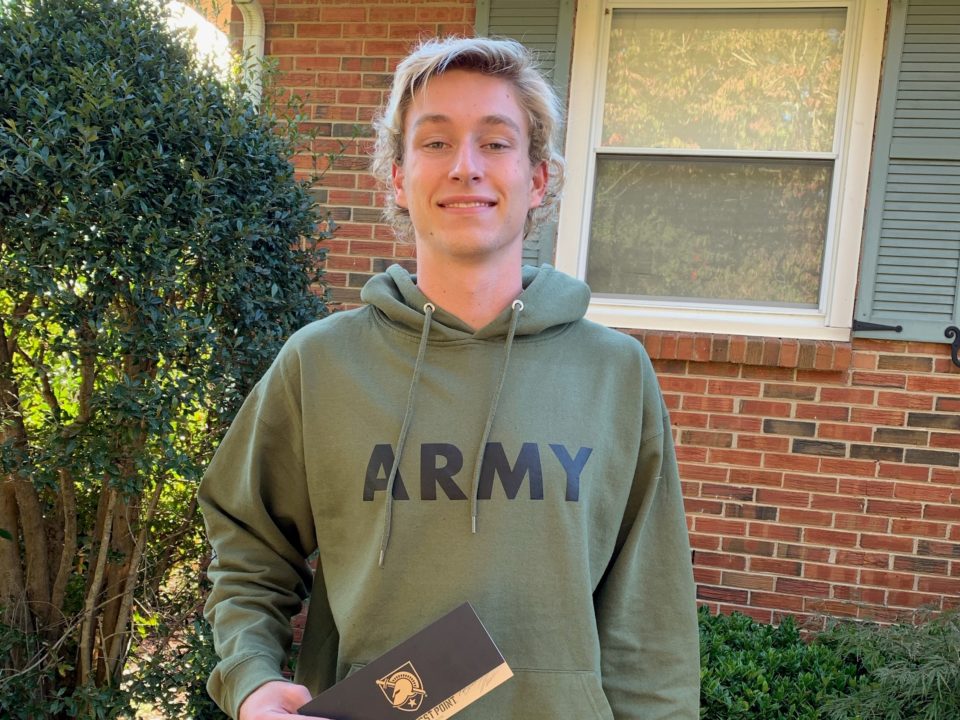 Owen Harlow headlined a huge meet for Army, winning the 50  free, 100 free, and 400 free relay while taking down a handful of records along the way.

Harlow first triumphed in the 50 free with a time of 19.43, lowering his own Academy record of 19.67 from last season.

The sophomore from Alabama then reached the wall first in the 100 free with a 43.07. That mark reset the previous Patriot League record of 43.61 held by Navy’s Zach Ingold that had stood untouched since 2012. It also broke the Academy record of 43.77 shared by Chris Szekely and Nate Hein.

Army swimmers also broke a pair of school records in backstroke events as Alex Edwards went 47.18 in the 100 back and Sam Wesley went 1:43.94 in the 200 back en route to victories.

“First of all, congratulations to the Army men’s swimmers and divers for the great meet they had,” said Navy men’s swimming head coach Bill Roberts. “We did not perform up to our expectations, and I take full responsibility for that. This is a terrific group of young men and leaders. We will learn and grow from this experience and will be better in the future.”

“I am very proud of the way we stood up and raced tonight,” Navy women’s swimming head coach John Morrison. “There were lots of opportunities for changes of momentum and emotion to occur, but we didn’t let that happen. I am especially proud of how hard we fought in the last few strokes of each race.

“We came up here with a goal,” Morrison added. “We achieved it and learned a lot about ourselves. We can’t wait to race again.”

I think this would have been a very different Meet a couple weeks ago or 2nd semester. But you have to swim the day of the meet, congratulations to Army, very big accomplishment for the coaching staff and team.
Will we get to hear about any of the other mid-majors swimming this week? Like Miami (OH), Drexel, Rice and SMU among others?

yeah army probably would have beat them even worse

Great meet for Army. And some really fast swimming as well. I know from first hand experience (1966-1969) how tough it is to recruit at Army. Current staff is doing a great job!