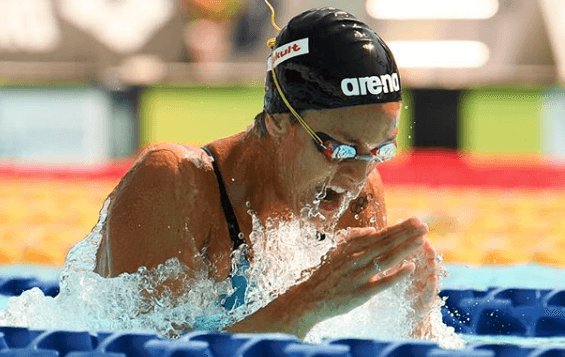 Carraro was the bronze medalist in the 50 breaststroke at the 2018 World Short Course Championships. Archive photo via Fabio Cetti - Kcs Media s.r.l - www.facebook.com/kcsmediasrl

Another day, and another new addition for Federica Pellegrini’s Rome-based Aqua Centurions squad. One of 4 European teams that will participate in the first season of the International Swimming League (ISL), the Italian roster started announcing swimmers later than their counterparts, but are catching up in a hurry.

The latest addition is Martina Carraro, bringing the roster up to 9 announced swimmers: 5 women and 4 men.

Aqua Centurions Announced Roster, as of May 17th:

The 25-year old Carraro has become a fixture on the Italian National Team, including a 20th-place finish in the 100 breaststroke at the 2016 Olympic Games. She was 7th in the same event at last year’s European Championships. She’s the country’s #2 breaststroker in long course, behind 21-year old Arianna Castiglioni, who took bronze in both the 50 and 100 at the 2018 European Championships.

Carraro has been as fast as 1:06.41 in long course, though that’s her only swim under 1:07. She’s been better of late in short course, the course that’s to be used in the ISL, including a 1:04.73 where she finished 4th in the 100 breaststroke at last year’s World Short Course Championships. She took a bronze medal in the 50 breaststroke at that meet as well.