Another 100 Breast, Another 58-Point Time For NED’s Arno Kamminga 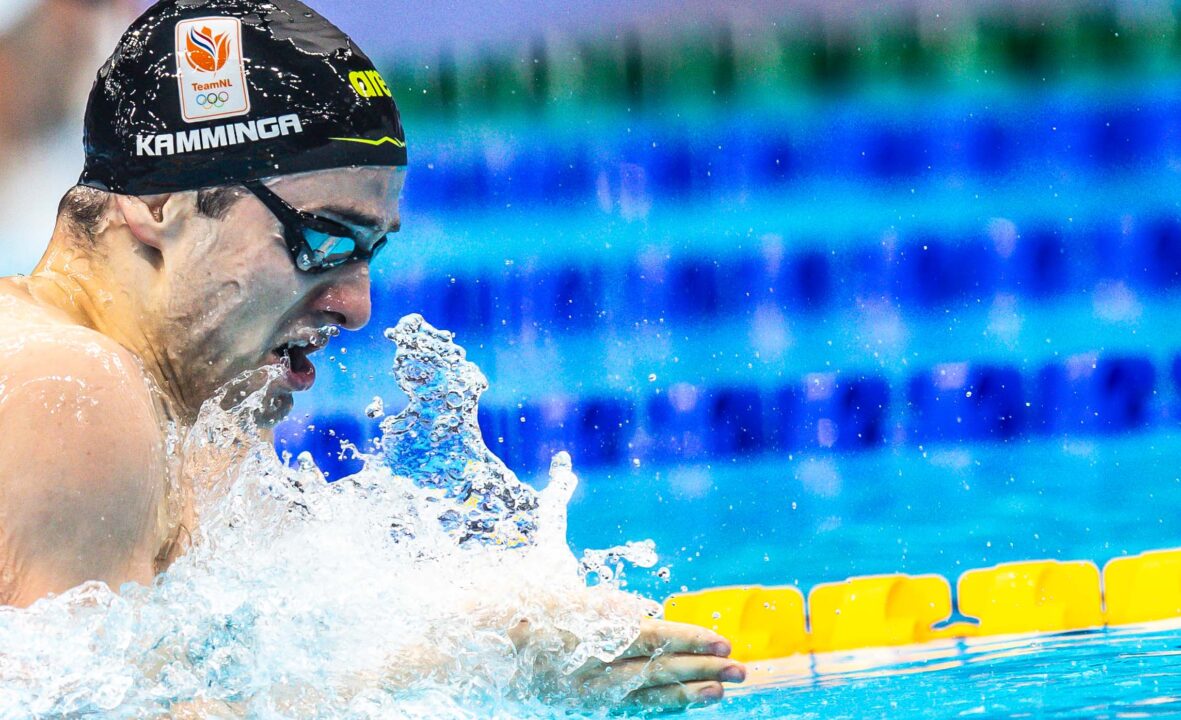 Arno Kamminga is becoming synonymous with the word consistency when it comes to the men's 100m breaststroke, with the Dutchman posting another 58-second time. Archive photo via Jack Spitser/Spitser Photography

The 2022 Eindhoven Qualification meet wrapped up today, with the 3-day affair offering racers an opportunity to qualify for the World Championships in Budapest coming up in late June.

This meet represents just one of the several qualification options for Dutch swimmers, with the 2021 European Championships, 2020 Olympic Games and December’s Eindhoven qualifier taking precedence.

The minimum time standards needed for Budapest equal the FINA ‘A’ cuts for each event.

Already qualified for Budapest, breaststroking ace Arno Kamminga dove in across the 50m, 100m and 200m distance of his discipline, wreaking havoc across each.

Kamminga’s 50m time now bumps him above Britain’s Adam Peaty to take over slot #4 on the season’s world rankings in the event.

For the 100m, Kamminga has already been as quick as 58.52 from February, a marker which still stands as the top time in the world.

In other events, hitting a quick 48.78 in the men’s 100m free was Stan Pijnenburg, collecting the only sub-49 second time of the field. Pijnenburg’s time here obliterates the 49.39 he clocked in Heidelberg just last week, with his time here now checking as the man’s 6th fastest performance.

Jesse Puts hit a mark of 22.21 in the 50m free, with Olympic finalist Thom de Boer also getting to the wall in a silver medal-worthy 22.17.

Van Roon’s effort here represents the 3rd fastest time of her career, one which boasts a personal best of 24.63 from December 2020.

22-year-old Marrit Steenbergen was a double winner, earning the top prize in the 100m and 200m freestyle races.

In the former, the reigning FINA Short Course Championships gold medalist topped the field in 54.26 while in the latter she notched 1:58.30.

Both results register as season-bests for the 2015 multi-European Games gold medalist, although her 100m free fell painstakingly .01 outside of the 54.25 Budapest qualification time.