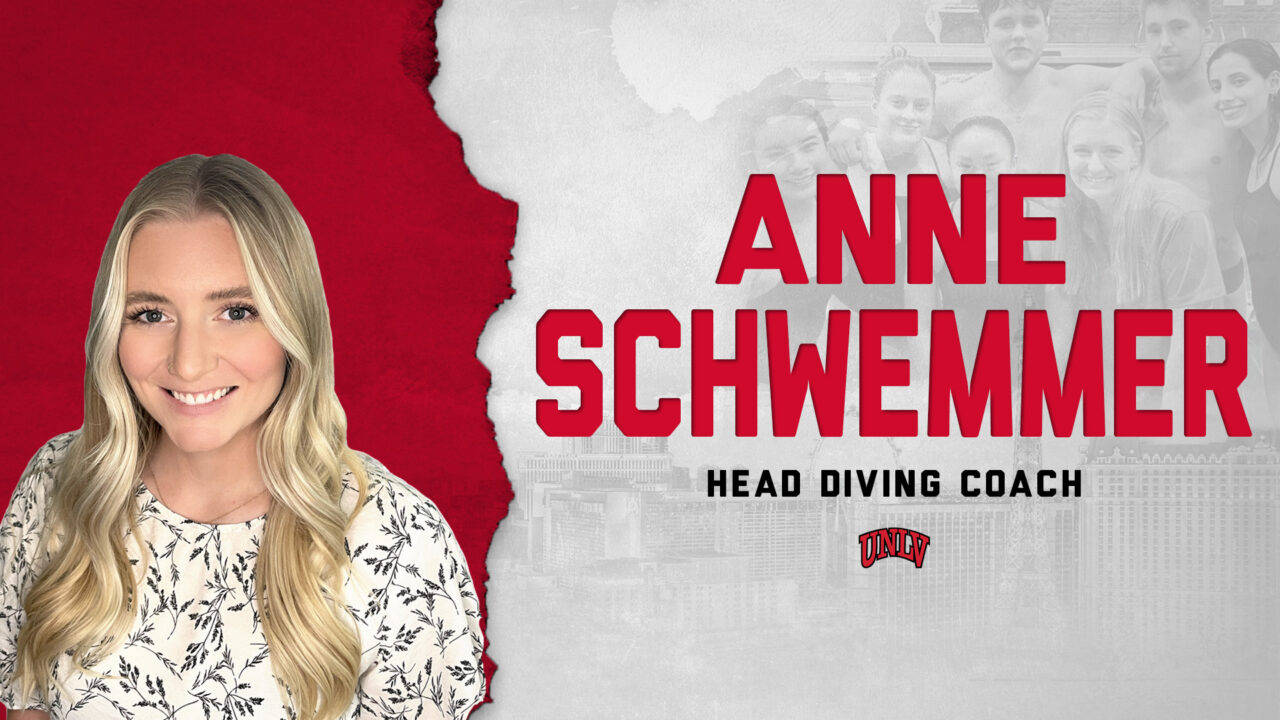 Lina Sculti and Laurent Paradis won twice and Nike Agunbiade and Shangfei Wang added victories to give the Trojans a clean sweep at the Bruin Diving Invite.

“I am incredibly grateful to Ben for the opportunity to work with the student-athletes and staff here at UNLV,” said Schwemmer. “I believe coaching is a two-way street when it comes to influencing lives. We as coaches impact the athletes and they, in turn, can impact us. I’m excited to see what we achieve as a program moving forward. Go Rebels!”

Most recently, Schwemmer served as the Rebels’ interim head diving coach during the 2021-22 season from December through April. Under her guidance, the Scarlet and Gray’s divers Jamie Spilchak (platform) and Dima Tereshchenko (1-meter; 3-meter) each qualified for the NCAA Zone E Championships.

“We are excited to officially welcome Coach Anne to the Rebel swimming and diving family. During the past year, she has already shown passion, a commitment to our student-athletes and innovative thinking. After a national search, it was clear that there was no better candidate to steer the next chapter of UNLV diving,” said Loorz.

Prior to coming to UNLV, Schwemmer began her collegiate coaching career at Florida State University, where she spent three years as an assistant diving coach (2015-2018). As part of the FSU staff, she was heavily involved with the program’s coaching, recruiting, and administrative duties. During her stint in Tallahassee, Schwemmer worked with former FSU standout and two-time Olympian Katrina Young as a volunteer coach with the local Tomahawk Diving club team.

In 2015, Schwemmer’s first year with the Seminoles, she received an invitation to participate in a three-day international coaching clinic in Windsor, Ontario, Canada, in conjunction with the FINA/NVC Diving World Series.

Additionally, Schwemmer held roles as interim head coach and assistant head coach of City of Midland (COM) Diving before joining the collegiate coaching ranks. In those positions, she led the club’s business operations and the development of a nationally-recognized curriculum for junior divers. She was also a member of the COM Diving team for five years, competing on both springboard and platform prior to attending college.

A former student-athlete herself, Schwemmer earned a scholarship to play volleyball as an outside hitter and middle blocker at Knox College in Illinois before career-ending injuries forced her to retire. She then transferred to North Texas, where she graduated in 2011 with a bachelor’s degree in literature.