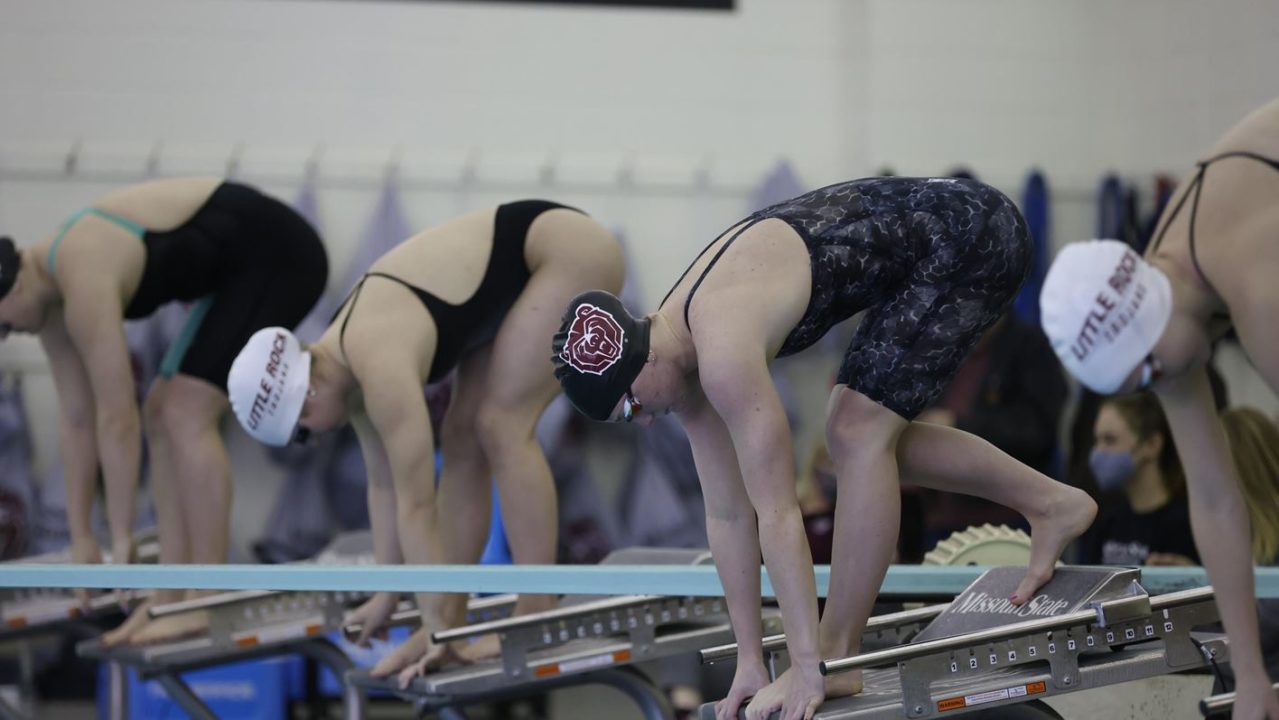 Missouri State graduate senior Anna Miller broke her own program record in the women's 50 freestyle in a time of 22.16 for the top seed. Archive photo via Missouri State Athletics

The 2021 Purdue Invite got underway on Thursday in West Lafayette, Ind., with Northwestern, Louisville, Purdue and Missouri State all grabbing top seeds in the first preliminary session.

The women’s 50 freestyle saw a blazing-fast performance from Missouri State graduate senior Anna Miller, who broke her own program record in a time of 22.16 for the top seed.

Miller set the previous MSU record of 22.29 at the 2021 Missouri Valley Conference Championships in April.

A total of seven swimmers broke 23 seconds in the heats, with Louisville’s Gabi Albiero (22.49) and Northwestern’s Maddie Smith (22.58) sitting second and third.

In the men’s 50 free, Purdue freshman Brady Samuels threw down a lifetime best of 19.58 to qualify first, with teammates Nikola Acin (19.75) and Idris Muhammad (19.89) sitting second and third.

Samuels lowers his previous best of 19.72 set while he was in high school, while his previous fastest swim this season was the 19.87 he produced against Mizzou and Michigan two weeks ago.

In the men’s 500 free, Connor LaMastra, who transferred to Northwestern in the summer of 2020 after three years at Dartmouth, claimed the top seed in 4:22.86, followed by Missouri State’s Pawel Krawczyk (4:23.67).

Louisville’s Hayden Curley came in as the top seed by a wide margin but only qualified sixth in 4:26.57.

Hay won the consolation final at the 2021 NCAAs in what remains her personal best time of 1:56.02.

Sos came into this week ranked third in the NCAA after clocking 1:45.23 at the SMU Classic earlier this season.