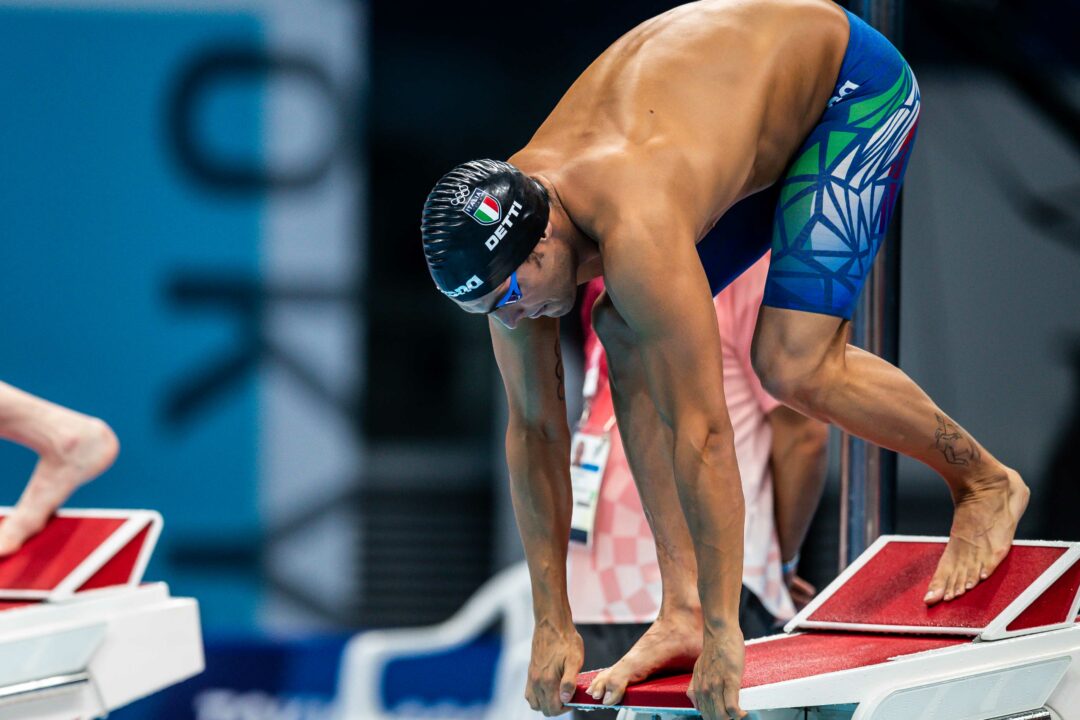 The 47th edition of the Nico Sapio Trophy kicks off tomorrow in Genoa, Italy, although many of Italy's big guns are absent from the entry lists. Archive photo via Jack Spitser/Spitser Photography

The 47th edition of the Nico Sapio Trophy kicks off tomorrow in Genoa, Italy, although many of Italy’s big guns are absent from the entry lists.

Top athletes to the tune of Federica Pellegrini, Thomas Ceccon, Nicolo Martinenghi and Silvia di Pietro are currently engaged in an International Swimming League (ISL) season 3 battle. Their ISL squad of the Aqua Centurions are up against Energy Standard, Toronto Titans and DC Trident in a playoff match on November 18th & 19th in Eindhoven.

However, on the plus side for Nico Sapio is the fact that 2016 Olympic medalist Gabriele Detti is among the competitors, with the 27-year-old expected to race the men’s 200m and 400m freestyle events.

Detti earned 800m free bronze at this year’s European Long Course Championships but missed out on the podium at this summer’s Olympic Games in Tokyo. Detti missed the 800m free final and placed 6th in the 400m free after having claimed bronze in both 5 years earlier at the 2016 Olympics.

On the women’s side here in Genoa, freestyle ace Martina Caramignoli leads the charge, with Giulia Salin and Francesca Fangio also among the entrants for this three-day affair.