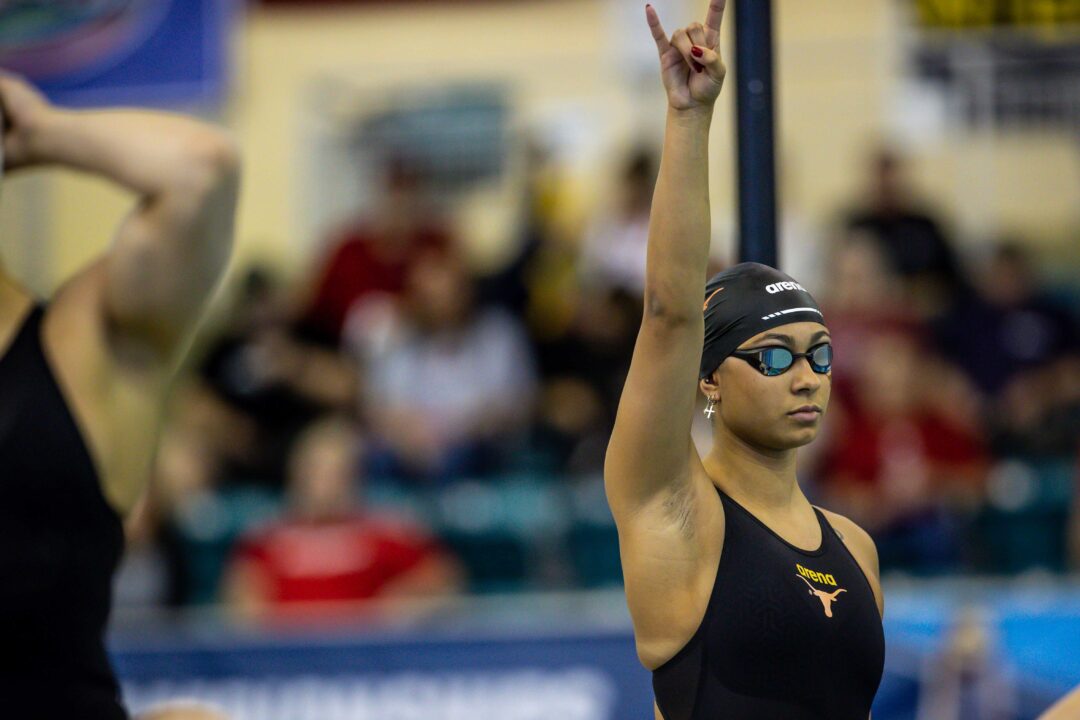 Entering the day, Anna Elendt had never broken a German Record in short course meters. She has since lowered the 100 breaststroke mark twice. Archive photo via Jack Spitser/Spitser Photography

After setting her first short course national record in prelims, German swimmer Anna Elendt didn’t take long to break her second. The 21-year old wrapped up her meet on Saturday in Toronto by placing 3rd in the women’s 100 breaststroke final, swimming a time of 1:04.07.

That took almost half-a-second off the 1:04.54 that she swam as the top seed in prelims. Coming into the day, the World Record was a 1:04.78 done by Caroline Runhau in 2009 in a now-banned polyurethane supersuit.

While Elendt has been dropping time in the long course breaststroke races in the last few years, she hasn’t swum the 100 in short course since February 2020. That is in part due to the COVID-19 pandemic, and in part due to the fact that she has been doing most of her short course racing in American collegiate competition at the University of Texas, where she now trains alongside the Olympic champion Lydia Jacoby, among others.

Since her last best time in short course meters in this event, Elendt has improved her long course best by 2.48 seconds and become one of the best breaststrokers in the NCAA. At the 2022 NCAA Championships, Elendt finished 5th in the 100 yard breaststroke and 2nd in the 200 yard breaststroke. Her 100 yard time of 56.88 was the best at the meet, it just came in the wrong round (prelims) for her to win an NCAA title.

Elendt finished 5th on Friday in the 200 breaststroke in 2:21.33; like her Texas teammate Jacoby, Elendt is not entered in Sunday’s 50 breastroke. Kelly Pash, another Texas swimmer, is not entered in any races on Sunday either as the group will likely head back to Texas to be ready for a return to class and training on Monday.