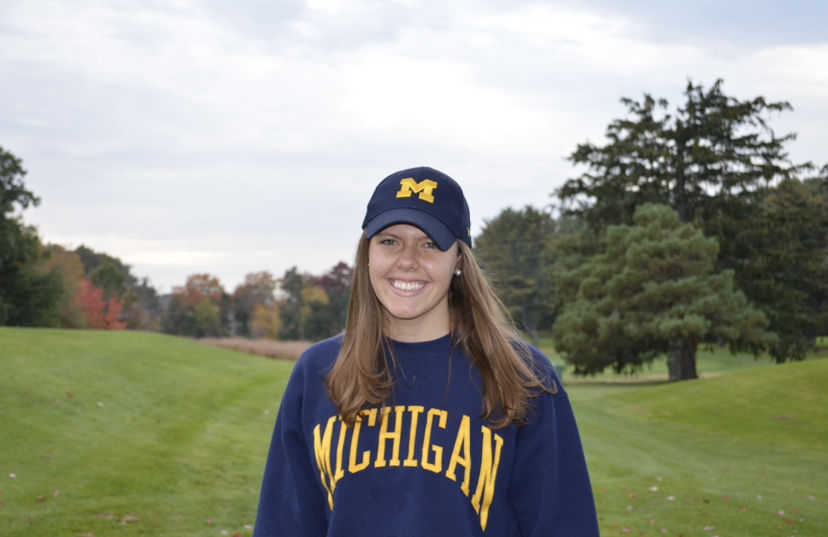 With two years left to improve, Boemer already boasts a 100 fly time that would score points at the Big Ten Swimming and Diving Championships. Current photo via Anna Boemer

After competing at the Olympic Trials this summer, Anna Boemer has announced that she will be traveling to Ann Arbor in two years with her commitment to the University of Michigan’s incoming class of 2023. Boemer is from Reading, Massachusetts where she swims with SOLO Aquatics and Reading Memorial High School.

Boemer started off her summer season by traveling to Omaha to compete at Wave 1 of the Olympic Trials. At that meet, she finished 21st in the 100 fly, touching in 1:01.39. That swim was roughly a second off of her lifetime best in the race, a 1:00.64 from March of this year.

In August, Boemer was a three-event finalist while swimming at the Futures Championships in Richmond. Her top swim at that meet also came in the 100 fly, where she claimed third behind the University of Akron’s Sarah Watson and 2022 Duke commit Martina Peroni. She also added a 25th place finish in the 50 free (26.98) and 200 fly (2:21.21).

In short course competition, Boemer was a multiple event finalist at the 2019 New England Senior Championships in December of that year. Her top finish came in the 50 fly, where she touched third in 25.95. She also added C-final appearances in the 50 free, 100 free, and 100 fly.

Boemer still has nearly two years to improve before she arrives on campus in 2023. While many of the program’s top sprint freestyle and butterfly swimmers will have graduated before then, the team will still have a strong core made up of the current underclassmen. In the sprint freestyles, freshman Lindsay Flynn currently has the second-fastest performance on the team this year behind only Maggie MacNeil. Coming out of high school, Flynn was ranked as the 10th best woman in the 2021 graduating class by SwimSwam and boasts lifetime bests of 22.03/48.15.

The Michigan program has equally strong underclassmen in the 100 fly, with Letitia Sim, a freshman, currently boasting the team’s best time in the event this year. Already this season, Sim has touched in 53.06, only just off of her lifetime best of 52.76.

With her lifetime best in the 100 fly, Boemer would have snuck into the C-final of the event at the 2021 Big-10 Swimming and Diving Championships. Her time would have put her seeded 20th heading into finals.