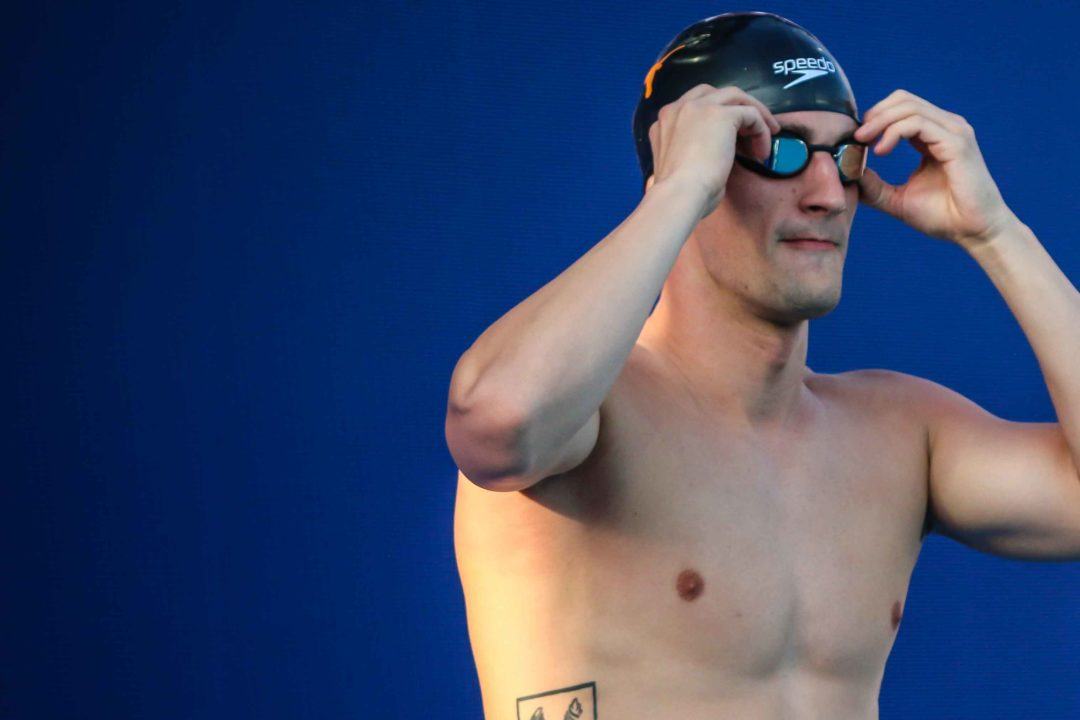 Andrew Wilson was a no-show for his preliminary heat in the men's 50 breaststroke after placing sixth in the 100 on day two. Archive photo via Jack Spitser/Spitser Photography

American Andrew Wilson failed to show for his preliminary heat in the men’s 50 breaststroke during day three action from the 2019 World Championships.

Wilson was coming off a lifetime best performance in the 100, where he clocked in at 58.95 in the semi-finals. He followed that up with a strong 59.11 in the final, placing sixth overall.

The 25-year-old wasn’t a favorite to medal in this event, coming in seeded 16th with a best of 27.15, and appears to be shifting his focus to the 200m event.

He scratched to prepare for the 200m breaststroke.

This came shortly after news broke that both Katie Ledecky and Emma McKeon were withdrawing from the women’s 200 freestyle due to illness.

In his absence, his teammate Michael Andrew advanced through to the semi-finals in 11th place in a time of 27.02. Adam Peaty put up the top time of the morning in 26.28.

Wilson is seeded 11th in the 200 breast, and is also expected to be relied upon on both the mixed and men’s medley relays.

*sigh of relief but also of worry

Probably in the relay then