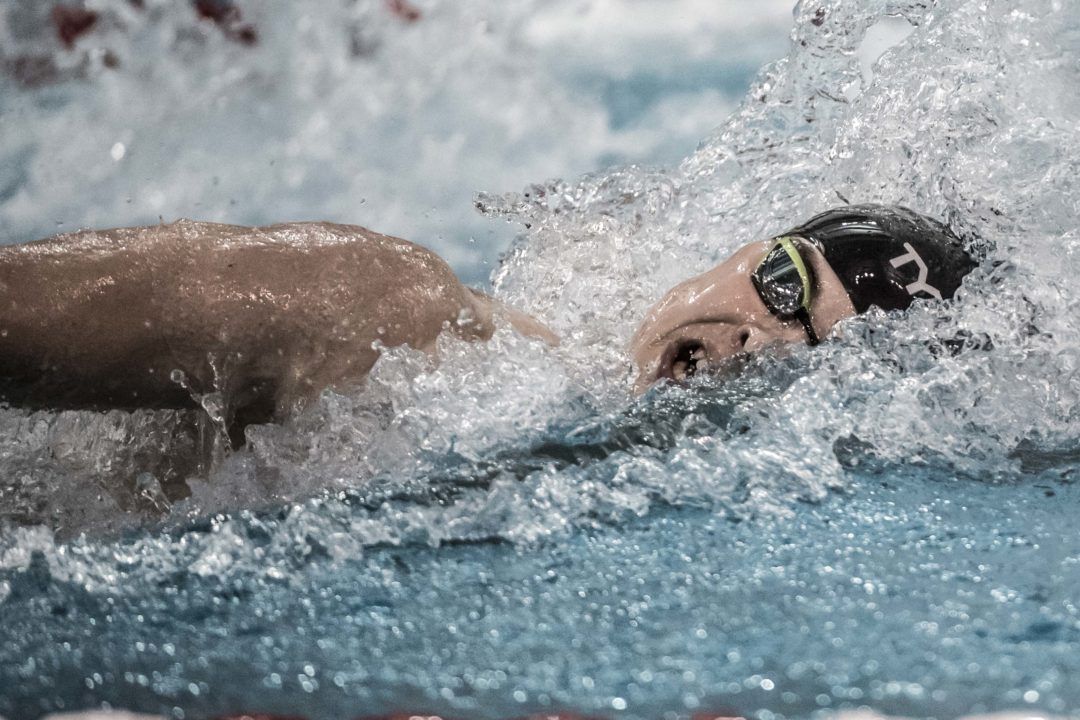 Coincidentally, 48.58 is exactly what it took to place 16th in prelims of the 100 free and make it through to semifinals at the 2016 Olympics.  Stock photo via Mike Lewis/Ola Vista Photography

The Louisville Spring Meet was held this past weekend, featuring Louisville college swimmers and post grads, as well as Erika Brown and Tjasa Pintar from Tennessee.

Louisville’s Andrej Barna clocked a new lifetime best in the men’s 200 free. Barna led the way, touching in 1:49.50. The swim marked an improvement of 0.39 seconds. Barna then went on to crack anew best time in the 100 free as well. He swam a 48.58, dropping 0.31 seconds from his previous best. He also swam the 50 free at this meet, swimming a 22.32, just a touch off his best of 22.21. Barna represents Serbia internationally. Coincidentally, 48.58 is exactly what it took to place 16th in prelims of the 100 free and make it through to semifinals at the 2016 Olympics.

Leading the way in many of the women’s sprint events was Tennessee alum Erika Brown, who kicked things off with a 25.22 in the 50 free. Brown has been as fast as 25.57, which she swam in January of 2020.