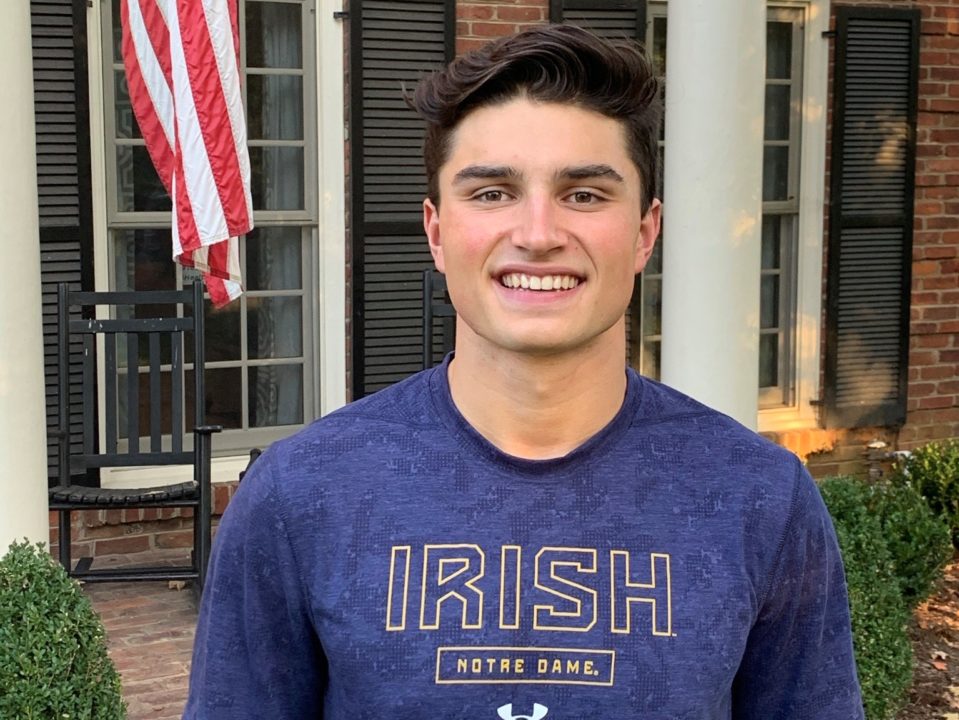 The Kentucky State Boys Short Course Championship was held this past weekend in Louisville and saw fast swims by Kentucky’s best age-group swimmers. The girls swam a week earlier, with the meet being split across two weekends to reduce the number of individuals in the facility at one time as part of the LSC’s COVID safety plan.

Jack Anderson, a 2022 commit to Notre Dame, was the high-point winner for the boys 15 & over age group. Anderson, who swims with Lakeside Swim Team, had six top-3 finishes over the weekend. His lone win came in the 400 IM where he battled with Jackson Millard of Kentucky Aquatics to win in 3:52.03 to Millard’s 3:53.78 as the only two swimmers to break 4:00 in the event.

In the 100 breaststroke, the top two swimmers were separated by only .12 seconds. Will Scholtz of Lakeside won with a best time of 54.45. Luke Shourds of Race Aquatics was just behind in 54.56.

That was Scholtz’s first of three wins on the weekend. He would be one of two swimmers under 2:00 in the 200 breast where he set a new best with his first place time of 1:58.32.

Scholtz and Anderson would square-off in the 200 IM where the two would finish within a tenth of each other. Scholtz would get his hand to the wall first with a best time of 1:48.57. Anderson had a best time of his own in 1:48.65.

Crush, a high school junior who will be staying local to attend Louisville, picked up five top-3 finishes of his own. Crush moved up to win the 100 back with a personal best of 48.22 ahead of his younger brother Johnny Crush who placed second in 49.21. The older Crush would win the 100 fly by over a second with a best time of 48.27.

The 50 free saw two swimmers under the 21 second mark. Shourds took the win in 20.87 just ahead of Robert Ehrenborg of Cardinal Aquatics in 20.94. Charlie Crush was third in 21.00.

Shourds would pick up another close win as he touched first in 45.31, .07 ahead of John Hayes of Cardinal Aquatics.

Thomas Mercer of Lakeside led the boys 13-14 age group. Mercer had six event wins with six best times. He ranks in the top 100 in the 13-14 age group this year in the following events: