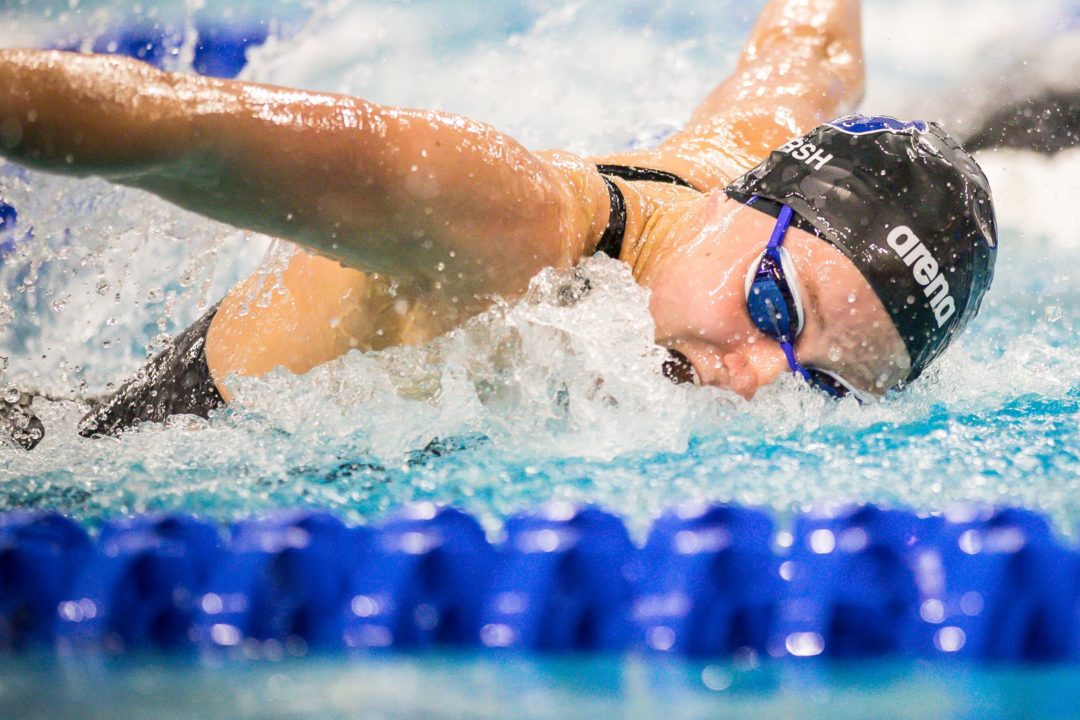 Marsh wrapped up an illustrious career in Durham after being a nine-time All-American. Archive photo via Jack Spitser/Spitser Photography

The pair joins a storied past of Duke students that have been recognized by the university for pairing athletic success with excellence in the classroom.

A two-time Duke fencing captain and two-time All-American in foil, Gronningsater has seen both athletic and academic success throughout his four years as a Blue Devil. He was recently selected a 2020 Weaver-James-Corrigan Postgraduate Scholarship Award recipient from the Atlantic Coast Conference.

“I am so happy that Eoin has been awarded this honor,” fencing head coach Alex Beguinet said. “He has been very focused and dedicated this year and has worked so hard. He deserves it! We are very proud of him.”

With an outstanding 182-38 (.827) career record to date, Gronningsater qualified for the NCAA Championships in each of his four years and the NCAA Mid-Atlantic/South Regional, was named ACC Fencer of the Year in 2018 and the ACC Most Valuable Player for helping lead the Blue Devil men to their first ACC team title.

In his first year with the program, Gronningsater captured a bronze medal at the 2017 ACC Fencing Championships before his silver-medal performance in 2018.

In 2020, Gronningsater looked to become the first Blue Devil male foilist to grab three All-America honors in his career before the rest of the season was canceled due to COVID-19 concerns.

Marsh wrapped up an illustrious career in Durham after being a nine-time All-American and serving as a captain of the Blue Devils her sophomore, junior and senior seasons. A four-time NCAA Championships qualifier, Marsh’s five All-America honors for individual events are the most for a Blue Devil women’s swimmer all-time.

“What a well-deserved honor for Alyssa, to be selected female athlete of the year amongst a world class athletic department is a testament to all of her work this past season,” swimming and diving head coach Dan Colella said. “Alyssa has been such a major contributor to our program as a person, teammate, and leader.”

The Davidson, N.C., native will walk away from Duke holding three individual school records and contributing on three school-record relays. Marsh set records in the 50 and 100 freestyle this year at the 2020 ACC Championships while topping the school record in the 100 butterfly at the 2019 NC State Wolfpack Invite. In addition, Marsh also holds the Taishoff pool record in the 100 back and sits second all-time at Duke. In relays, Marsh was a member of the record-setting quartet in the 200 freestyle relay, 400 freestyle relay and 200 medley relay.

“It is unfortunate for her and all the others who were not able to complete their seasons, but I now we will continue to see great things from Alyssa in the coming years both in and out of the pool,” Colella continued. “She has an amazing heart and will be a great impact on those she comes in contact with for the rest of her life.”

In addition to her accomplishments in the pool, Marsh also excelled in the classroom. She earned CSCAA Scholar All-America First Team recognition in 2017 and 2019 and was named to the All-ACC Academic Team in 2019.

Congrats. That’s impressive. Schoolin’ and poolin’. Keep it up.