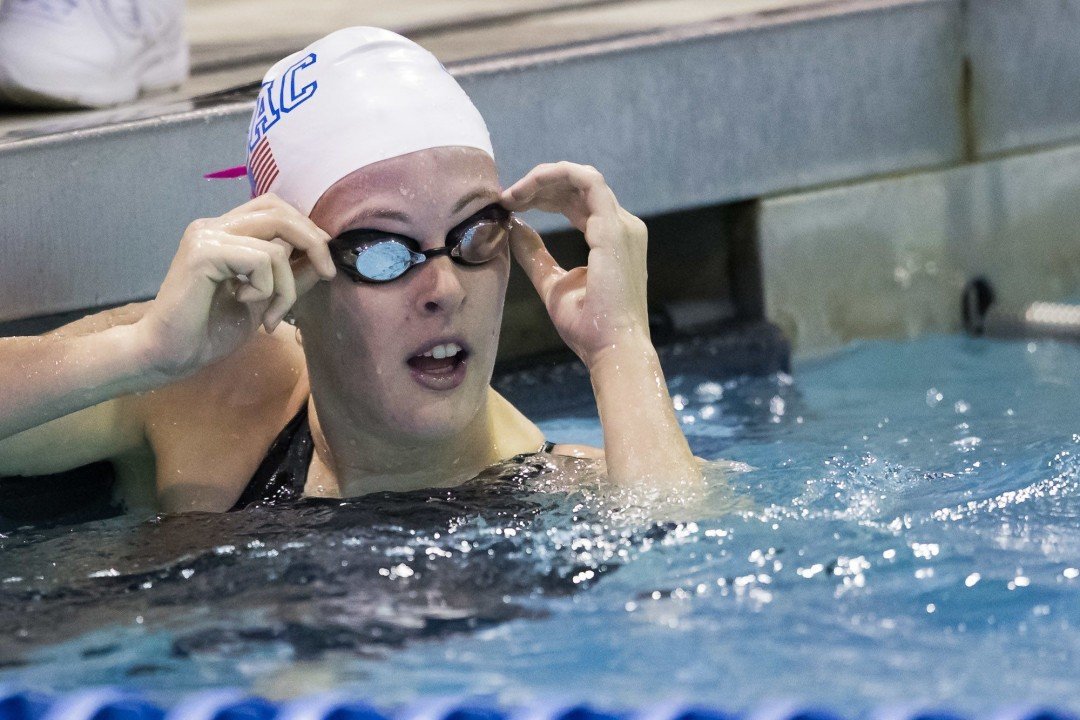 Besides the exhibition swims of Michael Phelps, the biggest story of the weekend so far at the 2015 American Short Course Championships has been the impressive results of his NBAC teammate Allison Schmitt.

After two years of struggling, Schmitt has had a big meet, and while it’s in short course yards, rather than the internationally-important long course meters, the results are enough to provide Schmitt with some forward momentum going toward the summer.

On Friday, Schmitt swam the 200 yard free, where she was a 1:40.62. That’s the second-fastest time in history, at any level, in the event, ranking behind only the 1:40.31 that Missy Franklin swam to win the NCAA Championships last year.

YAY!! I am so happy for Allison Schmitt to be swimming some fast times after her post London struggles. Long may it continue

Wow. That is so awesome. I thought “the thrill was gone”. Go Schmitty!

Great to see Allison swimming great. Someone posted why was she swimming the 500 yesterday. That is why because that is what makes American swimmers great by swimming other events and distances. Other countries should take note. John Nabor won the 1650 at a Nayionals back at Keating Natorium in Cinncinnati in the mid 70’d it was on the last day off meet and no other events to go in. He was in a prelim heat.he was a great freestyler. Stay on a roll Allison the more the better.