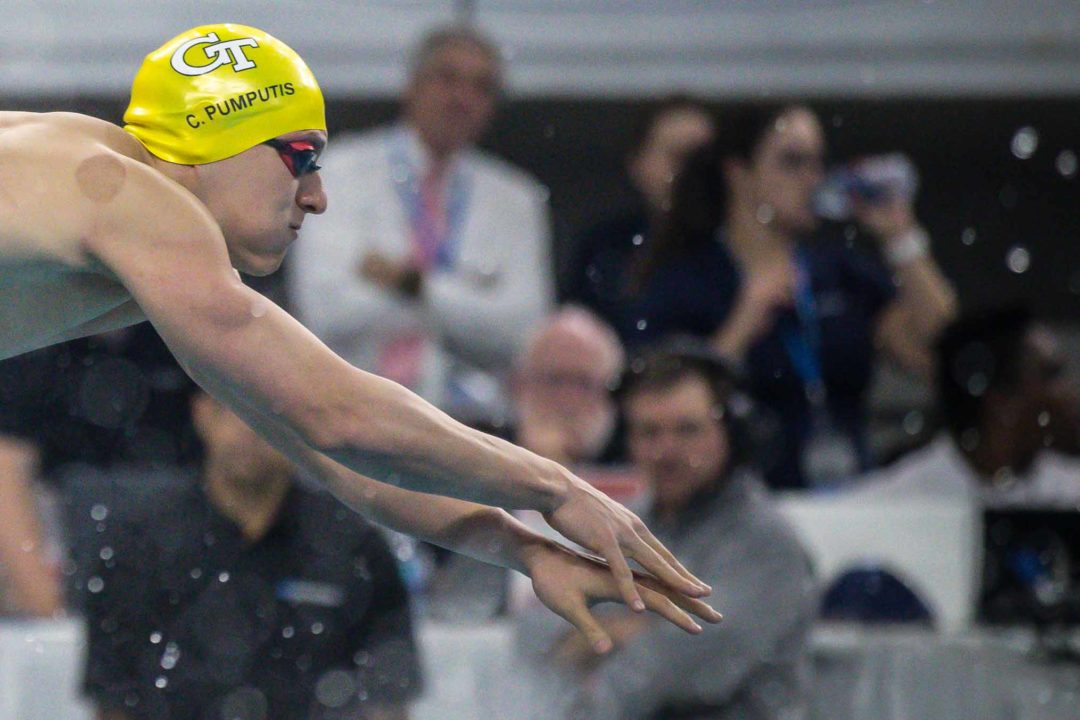 In the team battle, the white team demolished the gold team, winning meet for both genders along with the combined point total. This was a turn-around from the previous meet, where Gold managed to defeat the White team on the men’s side, with White winning the overall meet and the women’s meet. The teams for both meets were the same.

The first event of the day, the women’s 400 medley relay saw a tight battle between the Gold and White teams. After getting a 55.46 on the backstroke leg from junior Allie Pashal, the gold team managed to hang on for the entire race, just out-touching the White team 3:51.66 to 3:51.68.

The Gold team also managed to win the men’s 400 medley relay, by a much more comfortable margin. The quartet of Kyle Barone, Daniel Kertesz, Christian Ferraro, and Darren Lim posted a time of 3:19.62 to take first by about 2 seconds.

White saw impressive performances in the 200 freestyle, as two freshmen claimed the top spots for their genders.

Baturalp Unlu claimed victory on the men’s side, posting a time of 1:38.64 to dominate the field by over 5 seconds. Unlu, a native of Turkey, holds a long course best time of 1:48.77, which puts him amongst the best swimmers in the country when converted.

A few events later, GT saw its first NCAA “B” cut of the season via senior Caio Pumputis in the 100 breaststroke. Pumputis, the school record holder, swam to a time of 53.94 to get under the B-cut of 54.27. Impressively,  Pumputis was not far off of his school record, which currently stands at a 52.53 from 2018.

Over his first 3 seasons, Pumputis has made the  NCAA Championships 3 times, finishing as high as 6th in the 100 breaststroke in 2019.

In the men’s 1m diving event, Ruben Gold put on a show, coming within 4 points of the school record to finish with final score of 384.75.