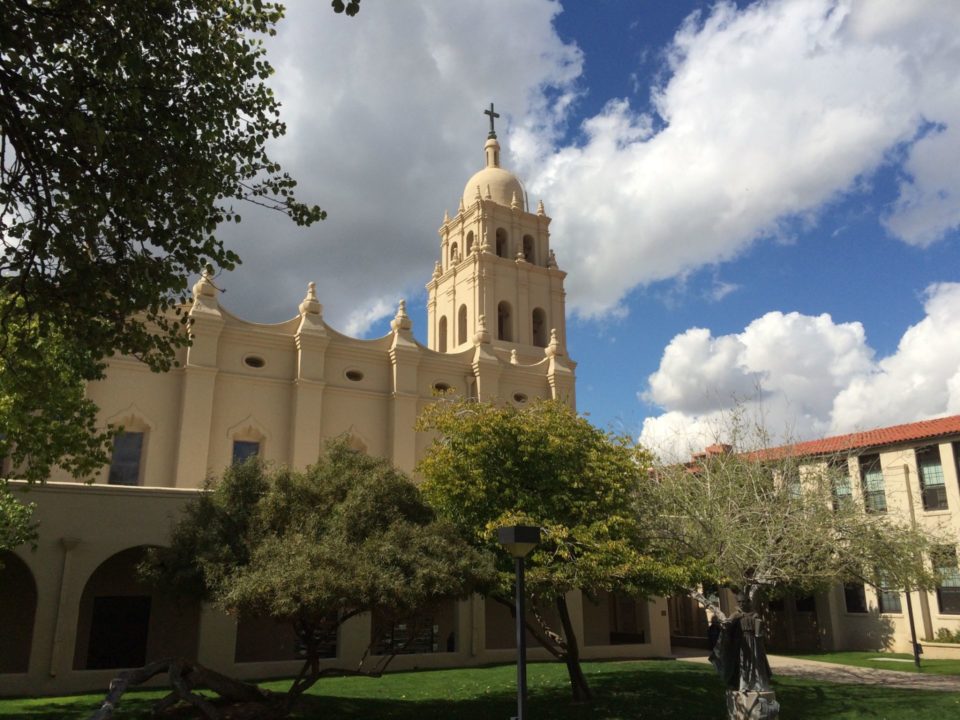 A coronavirus outbreak among the swimming & diving team at Brophy Prep has led to the withdrawal of 4 swimmers from this weekend's Arizona State Championship meet. Current photo via Brophy Prep

Brophy Prep, a private all-male Jesuit high school in Phoenix, Arizona, has withdrawn some members of its swimming & diving teams from the upcoming Arizona High School State Championship meets after a member of the team tested positive for the coronavirus.

A new version of the psych sheet was released on Monday evening, though, with a number of Brophy Prep swimmers withdrawn.

We were able to identify 4 swimmers scratched from the original psych sheets, who were seeded to score 61 individual points at the meet and swim several key relay legs. After last year’s results, that does still leave them with some cushion, but the gap is shrinking. Any further cases for the school between now and this weekend’s state championship meet could further hurt their chances of keeping that streak alive.

Sources tell SwimSwam that 1 member of the team tested positive, and the other 3 were removed for having close, sustained contact with the infected individual outside of practice.

Brophy Prep hosted one of the state’s Sectional qualifiers last weekend and is scheduled to host the diving events for this year’s state championship meets.

The Brophy Prep boys have won 32 consecutive Division I (big school) championships in Arizona, which is one of the longest streaks in the country. Last year, they scored 484 points, which left them almost 200 points ahead of runners-up Chaparral High School (285 points).

Among the school’s famous swimming alumni are 10-time Olympic medalist Gary Hall Jr., who graduated from the school in 1993.

Brophy Prep holds the top seed in 5 swimming events heading into the weekend, including in all 3 relays.

Among the heavy-hitters still listed on the psych sheets are the top 2 seeds in the boys’ 200 IM, Shane Guelich and Gabe Gonda. Gonda also holds the top seed in the 100 fly.

Among the swimmers bumped in to the meet is Corona del Sol senior Dusten Croswhite, a senior, in the 100 back. Croswhite is the son of Kerry Croswhite. Kery Croswhite was the coach at Chandler High School for 17 years, but died over the summer due to complications from COVID-19.

Chandler High School will have 35 swims at this year’s state meet.

Pattison, who broke the Pool Record in Mesa at last year’s meet and came within a tenth of the State Record set in 1996 by future Olympic champion Misty Hyman, actually won’t be the top seed in this year’s 100 back.

Instead, she’ll run into Kennedy Noble, whose Millennium High School has moved from Division II to Division I this season. Last season, Noble wound up breaking Hyman’s State Record with a 52.73 in her championship. That, along with the Brophy-Noble battle in the 200 IM, should be among the highlight battles of the meet.

On the boys’ side of the Division I meet, there is only one returning champion in an individual swimming event aside from the aforementioned Brophy Prep swimmers: Desert Ridge’s Essias Smith. Last season, as a junior, he won the 100 fly at the D1 state meet. While he is seeded 4th this year, he is capable of much faster than his 51.72 seed time, and with no Brophy Prep, should be in line to defend his title.

Another highlight race will be the women’s 100 breaststroker, where Mountain View junior Emma Becker returns as the defending champion. She’ll be challenged by the return of 8 of the top 9 finishers from last year’s state meet, including each of the top 5.

Names to Watch from Other Divisions:

Arizona, like most states in the US, is seeing an increase in new coronavirus infections, with a 67% increase over the last 2 weeks. That has led to a 57% increase in COVID-19 deaths and 21% increase in hospitalizations.

So bummed for all these athletes! To miss their high school states is devastating! Good luck to all the state swimmers!