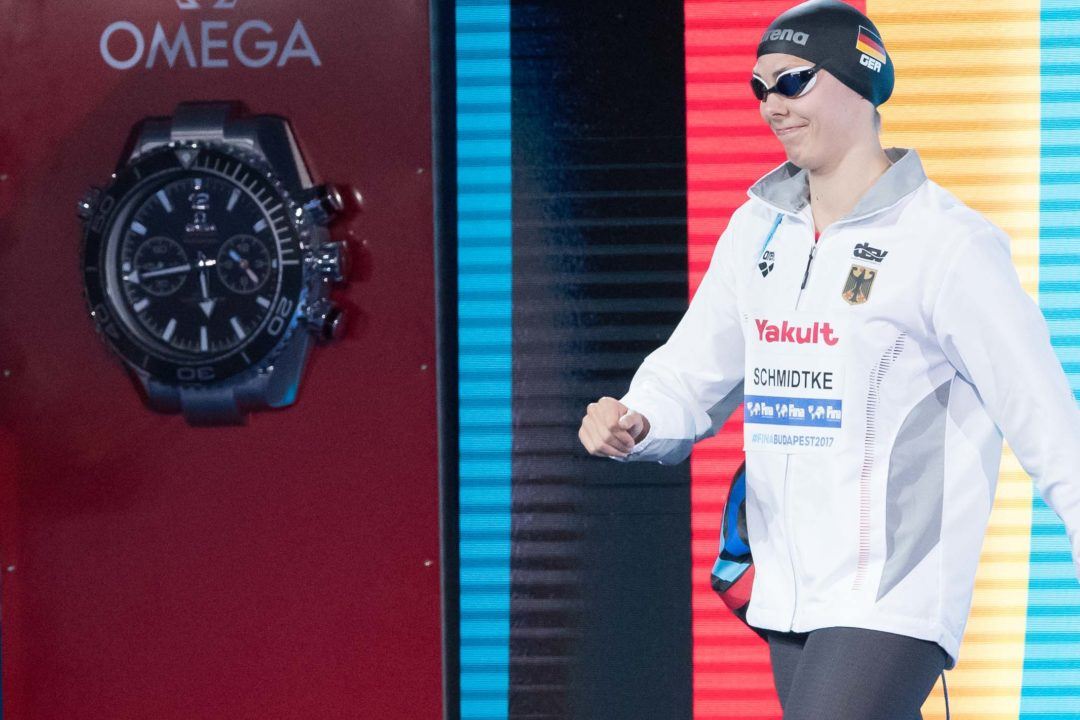 Aliena Schmidtke lowered her own German record in the 50 fly during this morning's prelims at the 2017 World Championships. Current photo via Mike Lewis/Ola Vista Photography

Schmidtke’s time was the fourth-fastest of the morning, and she’ll be swimming in lane five of the first semi-final heat tonight, right next to American star Kelsi Worrell.  Earlier this week Schmidtke finished 10th in the 100 fly, with her time of 57.87 just off the German  national record of 57.70, held by Alexandra Wenk.

Although Schmidtke represents SC Magdeburg, she’s spent substantial time living and training in the United States.  She swam for Ohio State University after transferring from New Mexico State.  While at New Mexico State, she won freshman of the year honors for the Western Athletic Conference in 2012.