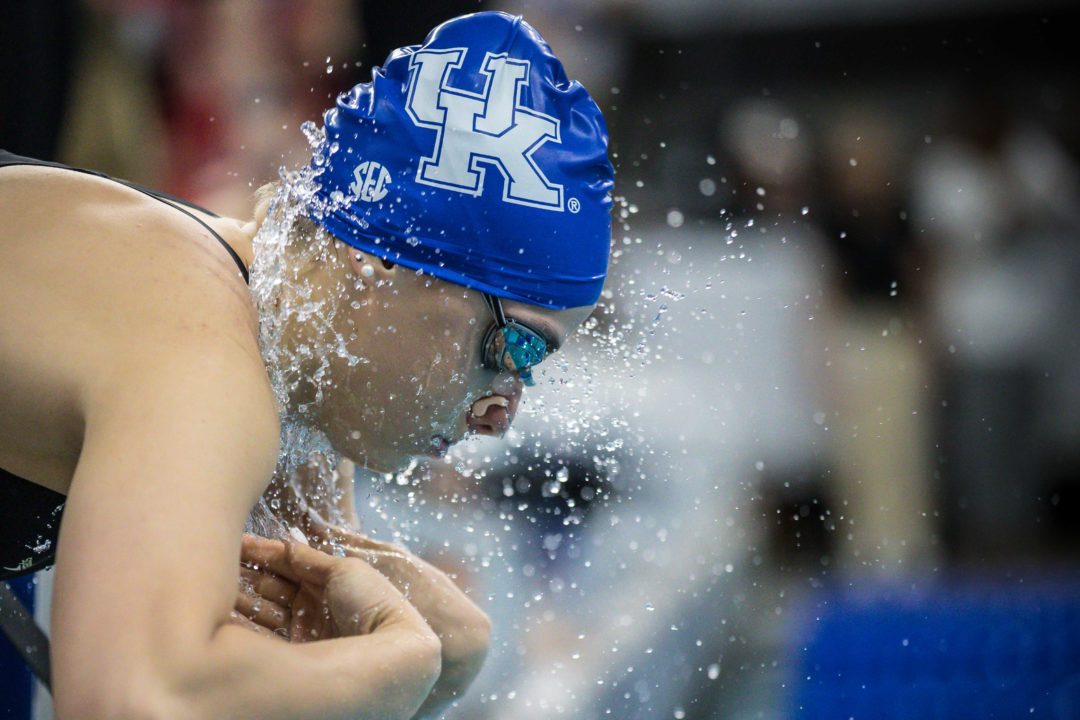 Ali Galyer, who declared New Zealand as her sporting citizenship in 2018, has moved to her adopted homeland to continue training for the Olympic Games. Archive photo via Jack Spitser/Spitser Photography

Think you know your favorite ISL team inside and out? Ok, what’s their go-to hand symbol when walking out as a team in Budapest?

Multi-national citizen Ali Galyer, who in 2018 declared for New Zealand as her sporting citizenship, will move to her adopted country to continue training toward the 2021 Olympic Games. Galyer flew to New Zealand on Monday.

“I decided to move to NZL after my NCAA career ended in March,” Galyer said of her decision. “I wanted to take the opportunity to go train in my home country which I have never done. I chose Coast because I got to interact with some of the coaching staff at World Championships last summer. I was very impressed and thought they could bring new things to the table for me. After swimming for Kentucky for my 4 years, I wanted a change of pace and change of scenery. I am excited to see what new things I can learn and for the new adventure ahead.”

Galyer was born in Brisbane, Australia and raised in Greenville, South Carolina. She has New Zealand heritage through her father Roy who was born in Matamata and grew up in Te Puke and Tauranga. Galyer’s mother was born in Canada and is an Australian Citizen.

She will train at the Coast Swim Club in Auckland, New Zealand under head coach Michael Weston. Among others who train there is Helena Gasson. She shared the country’s domestic Swimmer of the Year award last season after breaking 7 National Records in butterfly and IM events.

Eve Thomas also represents the club in domestic competition, though she trains in Australia.

In early June, New Zealand declared ‘victory’ in the battle against the coronavirus, with life having essentially returned to normal there, at least domestically. New Zealand registered 1,534 coronavirus cases nationally with 22 deaths as of Monday, with no deaths reported since late May and only occasional new cases. Kentucky, meanwhile, has recorded almost 17,000 cases of the coronavirus and 615 deaths with a smaller population than New Zealand. While Kentucky has seen a slight uptick in new cases over the last few weeks, the climb has not been anywhere near as dramatic as other states.

Hope she quarantines on arrival for 14 days. But thats another person taking an isolation spot paid for by the government.

okay ? shes a dual citizen, its her country and she has a legitimate reason since she will be living there. can’t blame her for leaving the absolute mess in the US. all the luck to her in the transition in her life and future swimming career!!

If I was given that opportunity I’d go for it! Even if she’s not too successful swimming wise, it would be great to experience a new culture and I’m sure it’ll be great for her figuring out who she is.

A new culture? WTF she is supposed to be a New Zealander .
NZ is paying the price for lenient citizenship now everybody with one of these passports wants to go there . They will have a lot of economic problems keeping them on quarantine , finding housing & jobs until they can escape again .
Kiwis who have done the hard yards of high level lockdown are getting angrier.

Tough to make Olympics for New Zealand. Swimmers must have showed potential of making top-8. https://swimswam.com/new-zealand-denies-kane-radford-olympic-open-water-spot/

However, the best of luck to Ali.