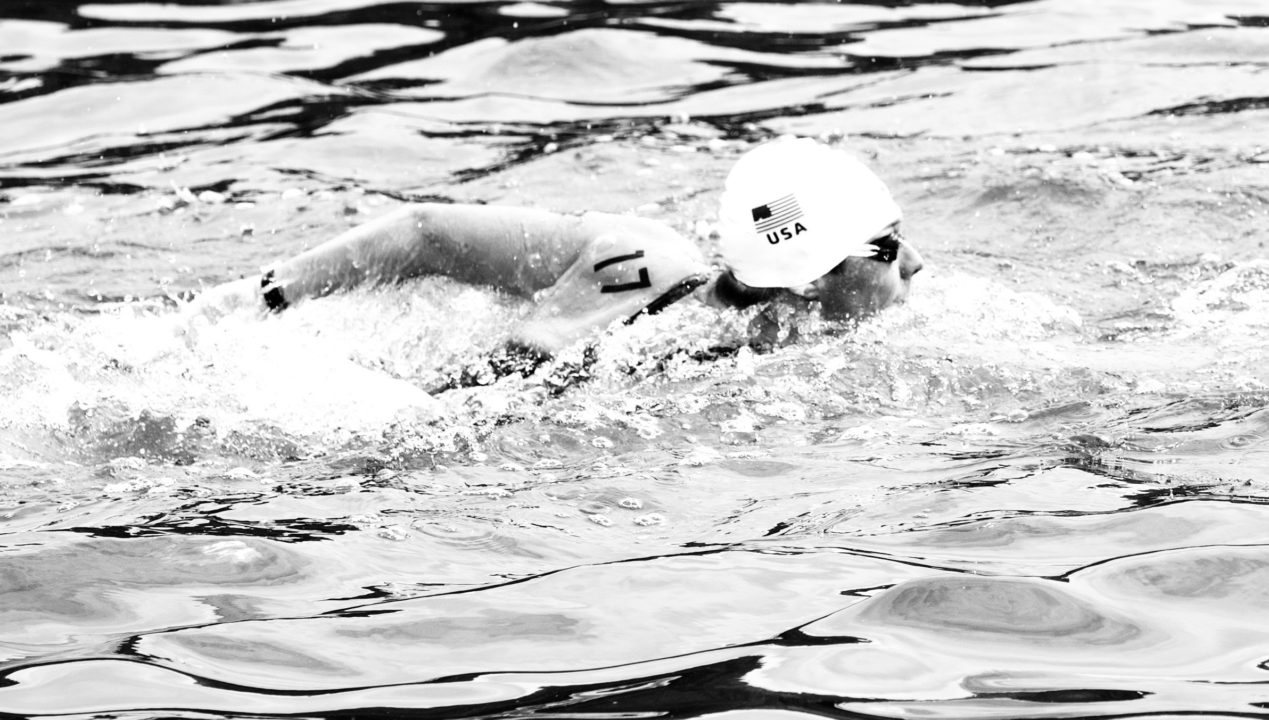 Meyer, who finished third in Friday’s 10K, and Wilimovsky, who took second in that race as well, dueled much of the way on Sunday morning, each leading the field for a stretch late. But it was the 2012 Olympian Meyer who finished in 55:34.303 for the win. Wilimovsky was just a hair behind, going 55:34.570.

Third place went to Yoelvis Pedraza, a 26-year-old from Azura Florida Aquatics. He went 55:35.004 trailing the leaders by just a tick himself.

Another Florida-based swimmer, Florida Gator Arthur Frayler, went 55:36.908 for fourth place, and the top 5 closed out with 19-year-old David Heron of Tennessee Aquatics and the Mission Viejo Nadadores, who went 55:38.339. Heron just eked out that top-5 finish over North Carolina Aquatic Club’s Chip Peterson (55:38.591) and Daniel O’Connor of Mission Viejo (55:38.808).

What’s up with USA Swimming and no results published? Any pictures of the men’s 5K results?

How blind are those announcers? They commented on everyone in top pack but Abbott, who just turned 16 least week…perhaps u didn’t know who that swimmer was who was in third to 6th throughout most of the race!!

maybe nobody cares about your son…