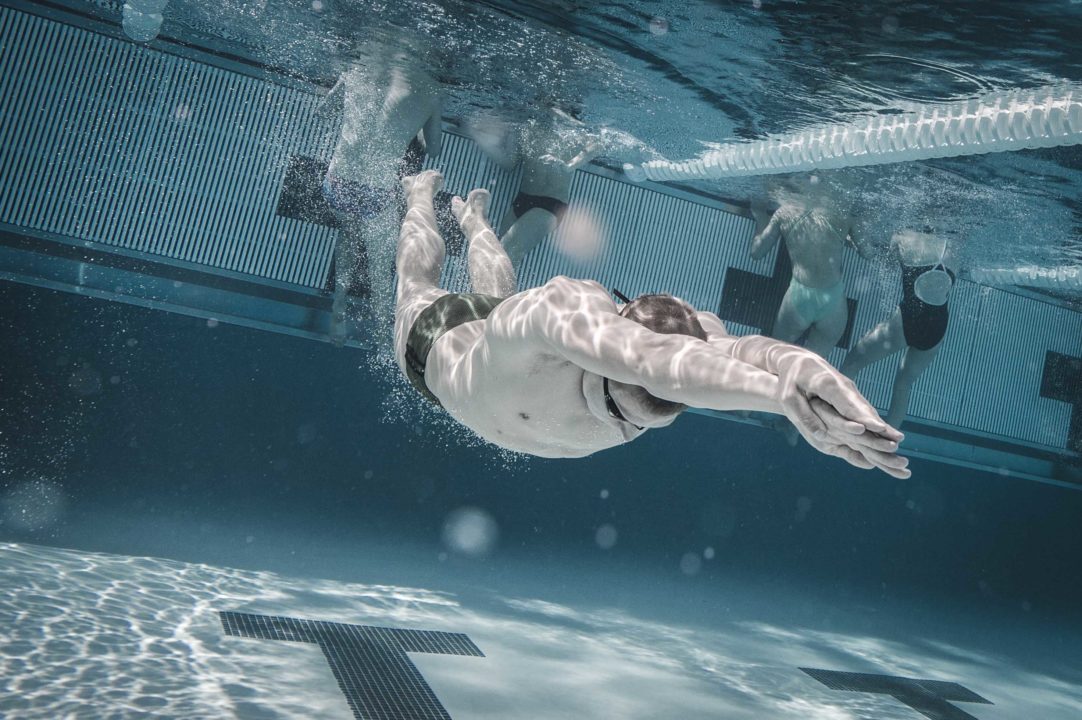 The one month suspension handed out to Canadian Olympian Alec Page after a doping violation at the 2014 Canadian national championship... Archive photo via Mike Lewis/Ola Vista Photography

The one month suspension handed out to Canadian Olympian Alec Page after a doping violation at the 2014 Canadian national championship meet was relatively minor; the totality of the punishment, however, was not.

Page will be removed from the 2014 Commonwealth Games and Pan Pac Championships rosters, Swimming Canada said in a statement on Monday afternoon. This is the result of testing positive for Probenecid on April 5th: a banned masking agent (read more here).

“Swimming Canada respects the decision of the Canadian Centre for Ethics in Sport to suspend national team athlete Alec Page for one month due to an anti-doping rule violation,” the statement reads.

Page agreed to accept a one month ban, but as part of that ban he was also stripped of his results from the 2014 National Championship meet. According to the statement: “Because Page voluntarily agreed to the suspension, the World Anti-Doping Agency (WADA) code automatically disqualified his results, therefore Page must be removed from the national team for both events.”

According to Swimming Canada, the Canadian Center for Ethics in Sports, which administers doping violations in Canada, “found Page’s degree of fault for the violation low,” resulting in the limited suspension length.

“Anti-doping regulations are in place to ensure a level playing field for all athletes and we are committed to the enforcement and support of the Canadian Anti-Doping Program (CADP),” said Swimming Canada CEO Ahmed El-Awadi. “At the same time, it’s clear Alec did not intend to cheat and that the presence of trace amounts of this substance was inadvertent. A reduced ban was appropriate in this case and allows Alec to continue pursuing his career as one of Canada’s most talented young swimmers. He is a young man of outstanding character and we look forward to him representing Canada again in the future.”

“I’m very disappointed I will not be able to compete at the Commonwealth Games and Pan Pacific Championships this summer. I understand that there is a consequence associated with the risk of taking supplements. Even after consulting national experts and following the right guidelines, things like this can still happen,” Page said. “Needless to say this has been a difficult time but I am glad this predicament is over now and I can move on to focus on my upcoming races this summer. I love representing Canada and will continue to push forward and keep my focus on the 2016 Olympics in Rio.”

I guess I still feel a bit in the dark about the how and what of this tainted supplement he took. Kinda still feels at the end of the day if you are taking something of questionable content and quality, you should just stay away.

One month??? After ADMITTING he took it, one month. Should be out of 2015 Worlds, no question. Fault is completely irrelevant, unless it was crammed down his throat while he was strapped to a table, he is fully responsible. Does this mean this delinquent is back for summer nationals in 2 weeks? That would be an absolute disgrace to Canadian swimming.

First, he admitted to taking supplements that were given to him by his superiors. Which if you don’t know, most if not all high performance athlete use some for of supplements to increase their training and bodies recovery. When I say supplements I mean caffeine, sodium nitrate, creatine, beta alanine, protein etc. You can look up all these supplements and lesrn about them for yourself since you are clearly ignorent on that front. He did not admit to taking a masking agent, he admitted to using supplements which all high performance athletes would say yes to as well. I know the guy personally, have traveled and raced on national teams with him, he’s no cheat. Could have happened to anyone.… Read more »

What’s a disgrace is how people are jumping to conclusions so swiftly. According to people in the know (the Canadian Center for Ethics in Sports) “Page’s degree of fault for the violation (was) low,” and ” it’s clear Alec did not intend to cheat and that the presence of trace amounts of this substance was inadvertent. “. If people in the know say that “He is a young man of outstanding character” who are you to call him a delinquent?

I’ve trained/competed with Alec on provincial/junior national teams as well. To be honest with you not a big fan of his, find him a little big-headed and obnoxious to most. However, you’re being far too harsh on him. This was a bad judgement call made by his national centre nutritionists, no fair way of saying it was his fault. Unless you would have expected him to tell Randy “No, I’m not taking these supplements recommended by our certified nutritionists that this centre is paying for, I don’t trust them.” That’s absurd. I guess at this point he might have some legs to make an argument to change supplements, but he have no doubt he was putting his trust in professionals… Read more »

None of us care about your views of his personality. You were with him on provincial and junior teams meaning he was a young kid. Most boys are obnoxious and big headed at those ages. Don’t throw that crap into this conversation. You are equally in the wrong for bringing that into it. You haven’t been on national teams with him while he is a young adult obviously, because you wouldn’t have said that if you did.

Haha good one “Ehteam”. Clearly you are either Page himself or Page’s mother most likely, the way you seem so desperate to defend even the slightest perceived injury to this disgraced boy’s so called “good nature”. If you’re going to be an arrogant, big-headed jerk, people are going to call you out on it. None of that “boys will be boys” crap. The fact that you claim that, by pointing out a few of his character flaws, Canadaswimgurl is “equally in the wrong” as some drug-abusing cheat goes to show just where your agenda really lies. Perhaps Page should look into letting you go and hiring a new publicist, one who can actually construct an intelligible argument over the Internet.