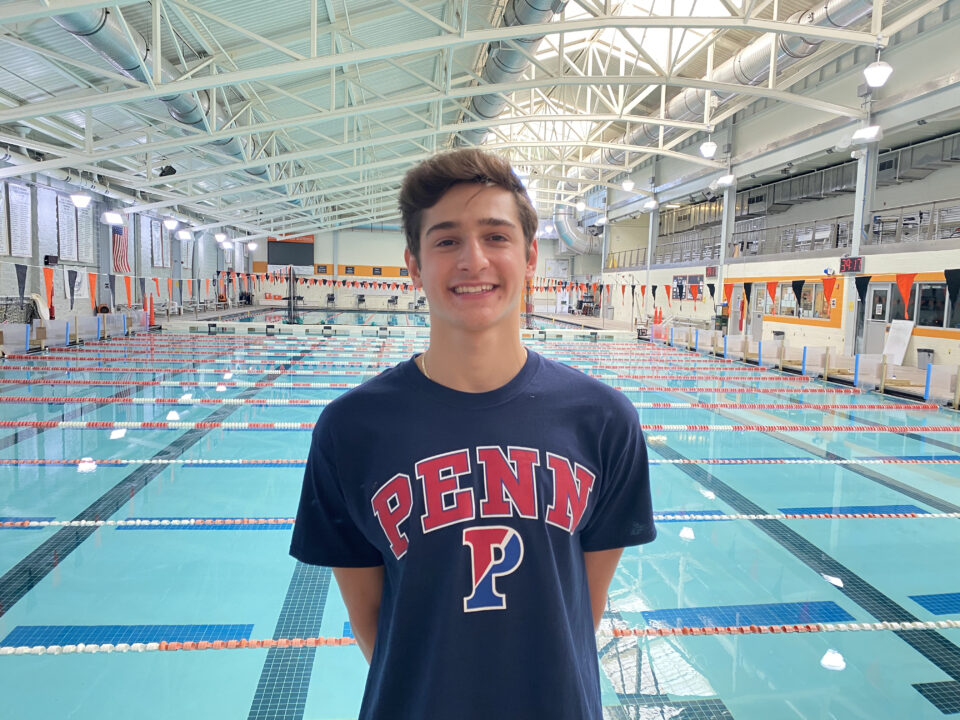 Penn commit and McDonogh School senior Alan Cherches swam a pair of lifetime bests in the 200 IM and 100 breast a the MIAA A Championships over the weekend. Current photo via Alan Cherches

Several of Baltimore’s top high school swimming programs met for the annual Maryland Interscholastic Athletic Association A Conference Championships this weekend on the campus of Loyola University, Maryland and the McDonogh School boys emerged victorious for the fourth straight year with 539.5 points. McDonogh has now won in 2018, 2019, 2020 and 2022 after the conference did not compete last season. Loyola Blakefield, which had won five straight conference titles before McDonogh’s streak started in 2018, finished runner-up with 488 points.

The star of the meet was McDonogh senior Alan Cherches, who won both the 200 IM and 100 breast with massive new lifetime bests in both. Cherches, who is committed to join the University of Pennsylvania Quakers next fall, started his day with a 24.21 breast split on McDonogh’s winning 200 medley relay. He joined with Will Cussimanio, Caiden Bowers and Langston Duncan to take the win in 1:30.54.

Cherches has made massive strides since committing to Penn last April, when his lifetime best in the 200 IM was 1:52.49 and his 100 breast stood at 56.03. He will join a very strong Quaker breast/IM group, which is led by current freshman and US National Teamer Matt Fallon.

Also winning individual events for Loyola was senior Cameron Shinnick and junior Patrick Branon. Shinnick, who is committed to compete for Loyola Maryland next fall, won the 100 back in 50.22, a new lifetime best. Patrick Branon won the 500 free in 4:39.36, off of his lifetime best of 4:36.65

The MIAA Class B Conference Championships will take place on Wednesday at the McDonogh School.