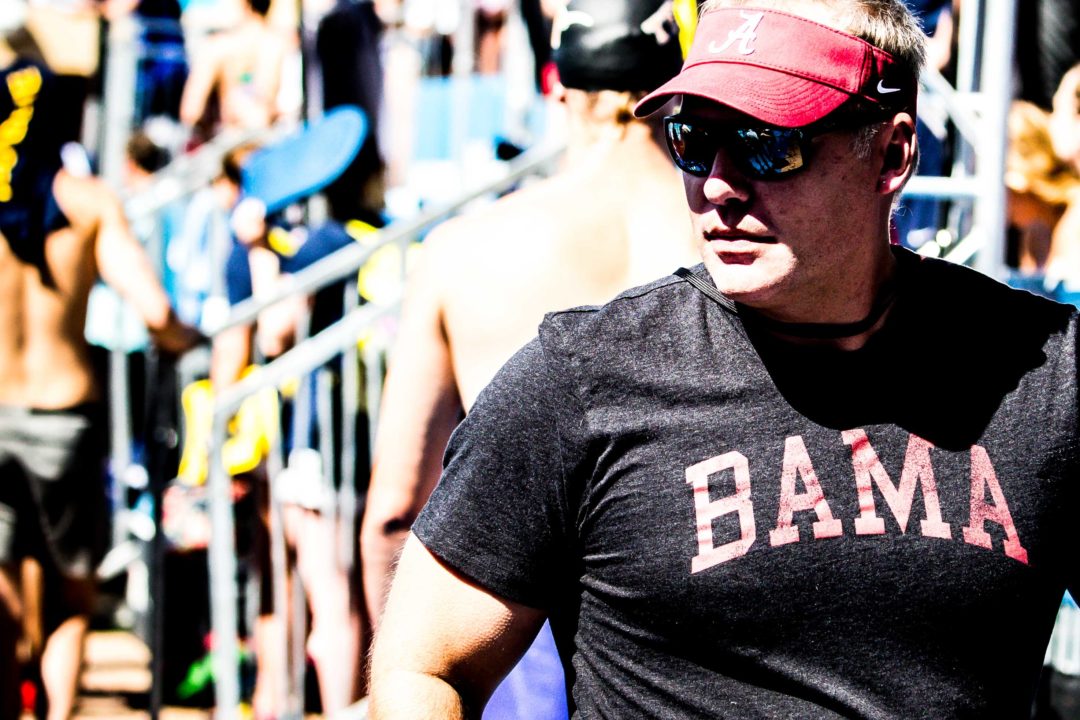 Lyman was previously the head diving coach at East Carolina, and will be the 2nd new hire as head diving coach in Coley Stickels' (above) 2 years leading the program. Archive photo via Jack Spitser/Spitser Photography

The University of Alabama has hired their 3rd diving coach in 3 seasons, adding Jesse Lyman to the team’s coaching staff. Lyman joins the program after his former school, East Carolina, announced the discontinuation of their swimming & diving program in May.

He replaces Rio Ramirez, who spent 1 season as the program’s head coach, in turn replacing Chuck Wade (who himself was only on the staff for 3 seasons). Alabama did not respond to multiple requests for information on why Ramirez left the program after just 1 season.

“We’re excited to have Jesse join our staff,” Alabama 2nd year head coach Coley Stickels said. “He’s one of the top young diving coaches around and is a great addition to what I believe is one of the best staffs in the nation. He’s done great work everywhere he’s been and has the added advantage of having competed in the Southeastern Conference and all that entails.”

Lyman comes to the program after 3 seasons at East Carolina, where his divers earned 1 American Athletic Conference title, in addition to 4 runner-up finishes and 2 third-place finishes. His star diver last season at ECU, Rodrigo Romero, won the conference title on the 1-meter and earned a berth at the NCAA Championships before that meet was eventually canceled.

Prior to joining ECU, Lyman spent three seasons as diving coach at Rowan University. During his tenure at Rowan, he coached five-time NCAA Division III All-America diver John Morris. Lyman was also named Metropolitan Championships Coach of the Year each season of his stint at Rowan.

As an athlete, Lyman was a four-year diver and two-year NCAA Zone Championships qualifier at LSU. He graduated in 2013 as a history education major with a minor in political science.

The Alabama men finished 4th at last year’s SEC Championship meet. With 64 diving points across the 3 disciplines, diving was a weak spot for the Crimson Tide men. Only Georgia (37 points) scored fewer in the conference. The Alabama women, which finished 7th as a team, scored 41 points in diving.

seems as if you aren’t able to better the program… the program will rid you.