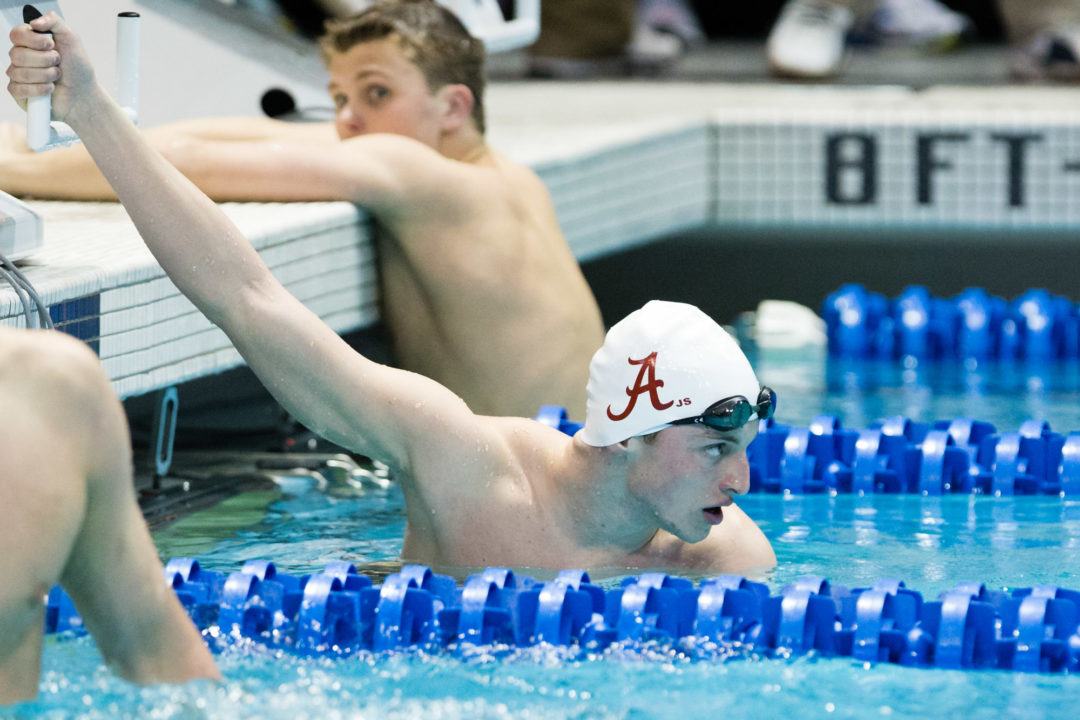 Alabama swimming and diving travels to Auburn to take on the Tigers Friday, marking the Crimson Tide’s second meet in three days. The diving portion of the meet is slated to get underway at 11:45 a.m. CT, while swimming will start at 1 p.m. CT at the James E. Martin Aquatic Center.

After opening the season at Delta State in mid-September, Alabama is in the midst of a two-meet SEC swing that started with its home opener Wednesday against the Gators and extends to its first SEC road meet of the season Friday.

Through the first two months of the season, junior Laurent Bams has been explosive. His 47.19 in the 100 butterfly at Delta State still ranks in the top-10 nationally. On Wednesday, in the first 100 breaststroke of his collegiate career, he cranked out a 53.40 which ranks him third nationally and fourth all-time at Alabama. Bams is also ranked in the top-20 nationally in the 50 freestyle.

On the women’s side of the slate, freshman Flora Molnar clocked a 50.18 in the 100 freestyle against the Gators, which ranks her ninth all-time at Alabama in that event just two meets into her UA career. She is also ranked in the top-25 nationally in both the 50 freestyle and 100 butterfly heading into Friday’s meet.