Auburn To Host Alabama On Friday For Senior Day 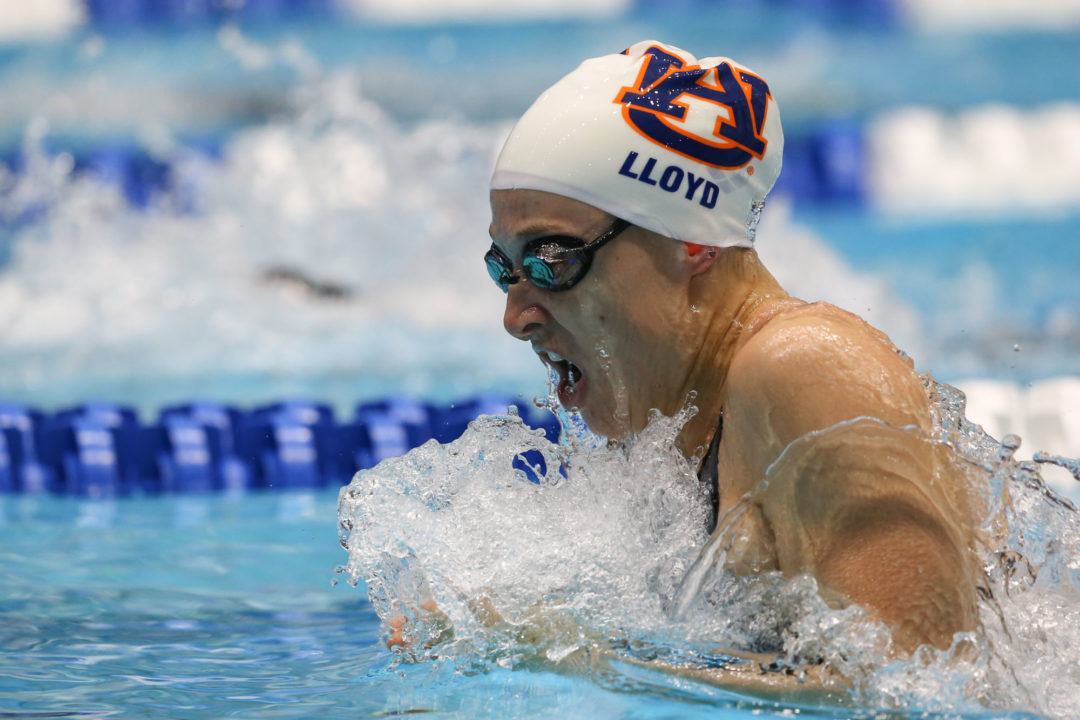 The Auburn swimming and diving teams will play host to Alabama on Friday at 1 p.m. at the Martin Aquatics Center. Current photo via Tim Binning/TheSwimPictures.com

The Auburn swimming and diving teams will play host to Alabama on Friday at 1 p.m. at the Martin Aquatics Center. The dual meet is the final home dual meet of the season for Auburn. Diving will begin at 11:45 a.m. and the Senior Day festivities will begin at approximately 12:30 p.m.

The Auburn men’s swimming and diving team will have a new look and new leadership this year after the graduation of standouts Joe Patching, Michael Duderstadt and Kyle Darmody, who combined for 13 All-America honors last year and 51 during their four-year careers. But that doesn’t mean this team will be lacking in any way.

Led now by junior captains Zach Apple, a member of USA Swimming’s FINA World Championship Team, and Foster Ballard, the Tigers see this upcoming season as a chance to learn from last year’s leaders and make this year’s team even better.

‘The faster you guys can move on from us, they better you’ll be,’ Patching told Apple this fall as the new team was gearing up for the 2017-18 season. “I’m excited to see the team and see who takes advantage of the opportunities in front of them,” Apple said.

“Those guys played a giant role for us but we didn’t lose anything that we haven’t replaced,” Ballard said.

With a roster that returns seven All-American’s from last season’s team, there has been an infusion of freshman talent and a rededication to better swims from the returnees that will almost assuredly recoup what was lost from the senior class.

“We get to the beginning of the year and we are all excited but you have six to eight weeks of just crunch-time training day-in and day-out so now we get to see what we’ve invested,” Ballard said. “It doesn’t necessarily show in the first dual meet but we get to have some feedback on what we have been working our tails off for.”

With a schedule that includes of four straight weeks of dual meets to start the season as well as fall invitationals in the state of Georgia, the 2017-18 team is poised to make noise across the country early and often.

Alabama is ranked No. 16 in the men’s poll and is receiving votes in the women’s poll.

“I think it will be hotly contested with a lot of close races. They are very well coached and have good balance across the board.”

“We looked at improvement in our weaker areas and last week we got it from our distance swimmers. Across the board we are looking at getting better in every aspect. It’s still early in the season and we don’t start competing championship-wise until February, so we have a lot of time. We are looking for people to be consistent throughtout the week and in racing.”