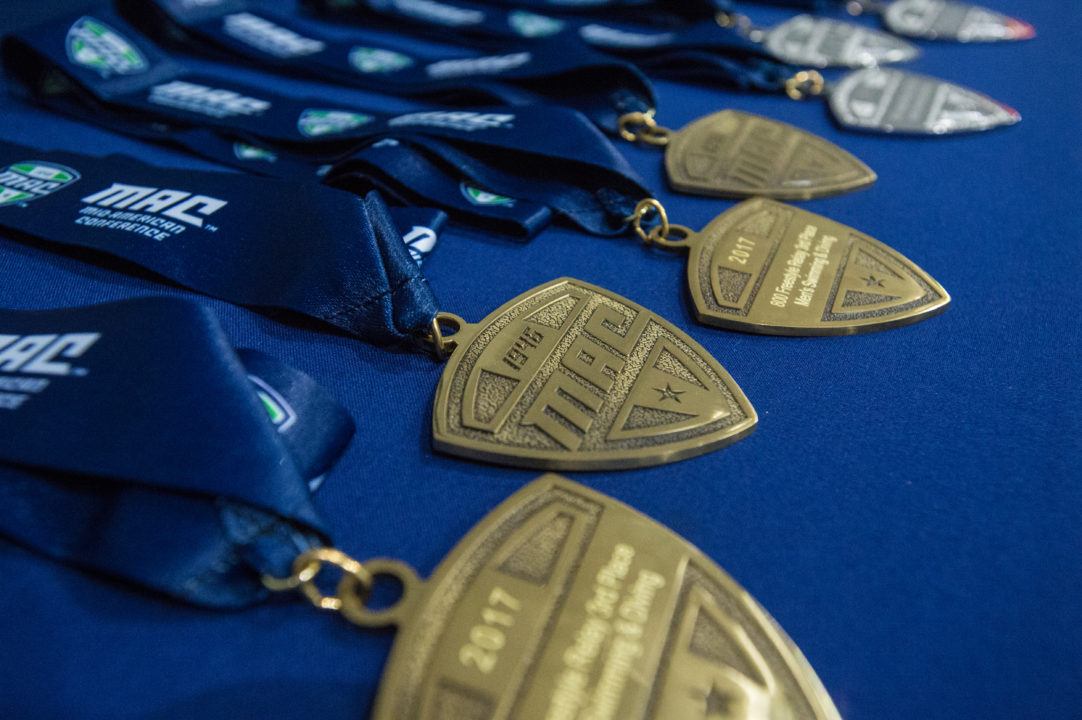 Akron wins 4 in a row Current photo via Saluki Athletics

The Akron women’s swimming and diving team captured their fourth straight MAC title at the Miami University Aquatic Center.  It was a dominant performance from the Zips as they won the opening relay and never looked back.  The Zips put together a total of 8 wins over the weekend, with a roster that was stacked deep through the A and B finals.

The meet started off with Akron’s 200 medley relay of Madison Myers, Paloma Marerro, Sadie Fazekas, and Ragen Engel taking the top spot and breaking the conference record going 1:36.89.  Myers then won the 200 IM the next night blazing by the field and breaking the conference record going 1:56.92.  Jackie Pash made it a clean sweep for the Zips in the IM winning the 400 in a time of 4:18.06 just holding off Buffalo’s Brittany Walters who went 4:18.64.  Fazekas kept the ball rolling with a win in the 100 fly winning in 52.71.

Of note Megan Burns of the University of Buffalo was a triple winner for the Bulls winning the 50 free in 22.04, the 200 free in 1:46.07, and the 100 free in 48.14.  Burns grabbed new conference records in both the 50 and the 100 and earned herself a spot at NCAA’s with those swims.  In addition to Burns, Akron will be represented individually by Marrero (200 breast), Myers (200IM), Szynal (200 Back).  While Engel, Fazekas, Victoria Shaffer, and Waggoner will be going on relay bids (200 Medley).  Eastern Michigan will also be represented at NCAA’s by Delaney Duncan who won the 100 breast in a time of 59.89, and Alexis Mitcheltree winner of the 100 back and conference record holder in that event going 52.57.