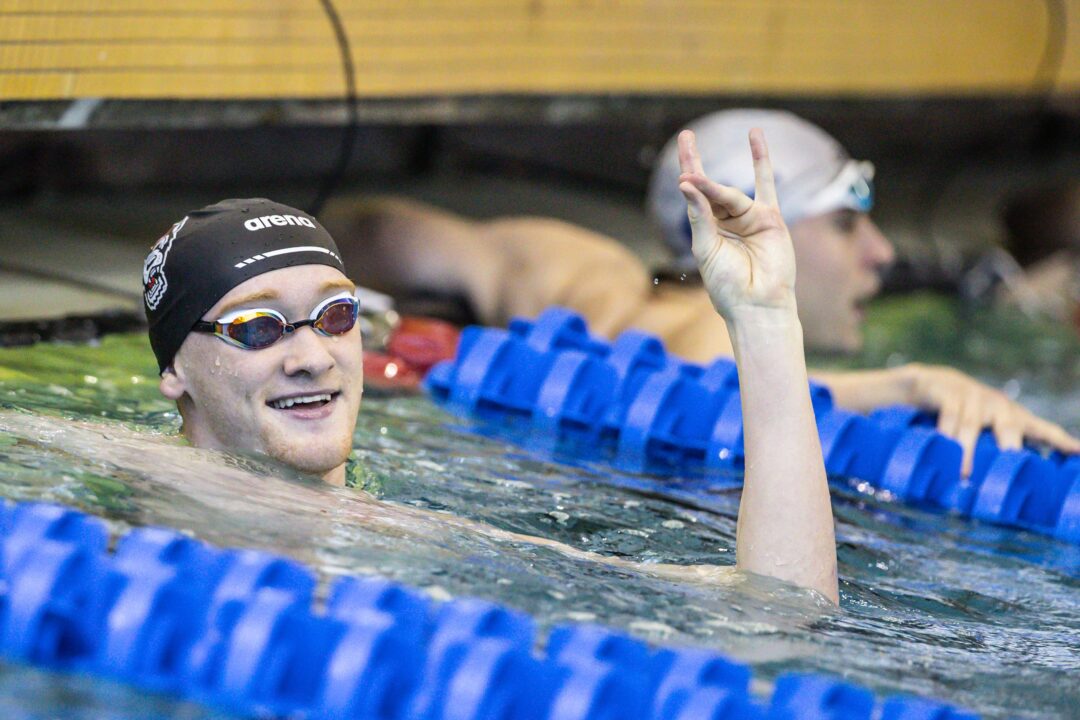 Hayes, 19, looked smooth en route to finishing in a time of 52.45, improving on his previous best of 52.67 set at the U.S. Olympic Trials last year. Archive photo via Jack Spitser/Spitser Photography

Aiden Hayes had a sensational performance on Thursday morning at the Speedo Summer Sectionals in Columbia, setting a new personal best time in the men’s 100 butterfly.

A rising sophomore at NC State, Hayes did not race at the U.S. International Team Trials in late April, and thus this was only his second long course 100 fly of the season. In June, he clocked 54.43 at the TAC Triangle Classic in North Carolina.

His time this morning would’ve placed 12th and earned him a second swim in the consolation final at this year’s World Championship Trials.

On Wednesday, the Sooner Swim Club product set a new best time in the 50 fly, clocking 23.88 in the final to place third behind teammate Daniel Wilson (23.52) and Eagle Aquatics’ Ali Khalafalla (23.84).

Given the speed he showed in the 50 on Wednesday, and his relatively easy-looking first 50 in the prelims this morning, Hayes appears to have more time in the tank for tonight’s final.

Really nice looking swim, and based on the very strong back half he might have more to give tonight