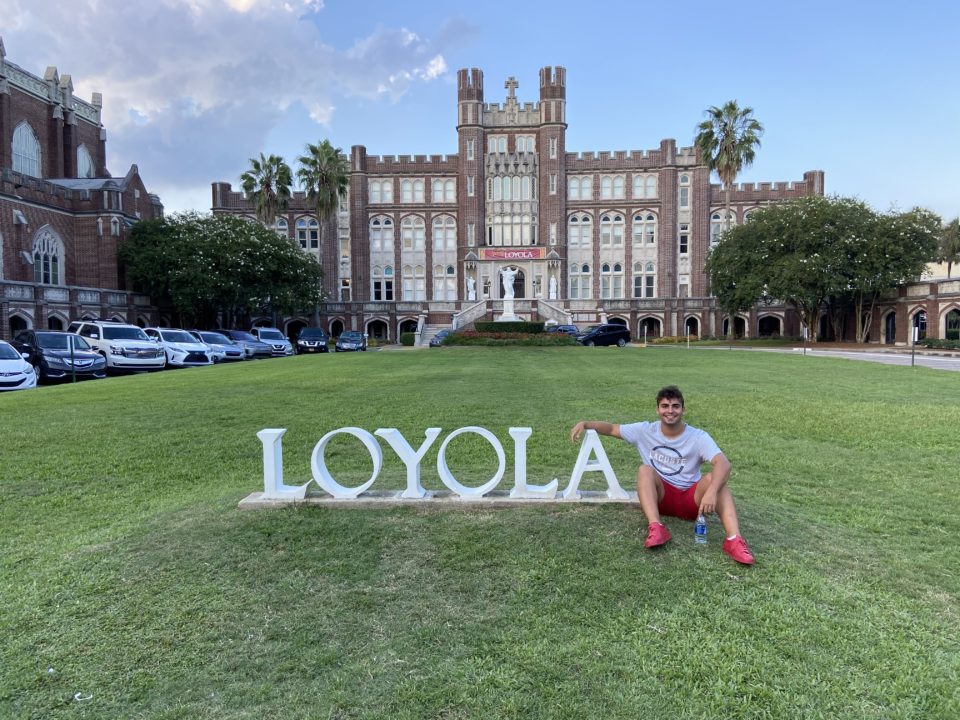 Left without a program twice in his college career due to program cuts, Marco Alvarez has joined Loyola University New Orleans. Archive photo via Marco Alvarez

Left without a program twice in his college career due to program cuts, Marco Alvarez Sanchez has joined Loyola University New Orleans.

“I am very grateful,” Alvarez told SwimSwam. “I saw myself unable to follow my American dream, this dream that I always had from a very young age…. due to the accumulation of circumstances that have occurred in the two and a half years that I have been in the US, I saw myself with little chance of continuing to do what I like most in the world, swimming.”

Alvarez grew up in Spain, swimming for C.N. Torremolinos in Málaga. Inspired by his coaches to pursue college swimming in the United States, Alvarez found a place with Limestone College, a Division II school in Gaffney, South Carolina. He joined Limestone for the second semester of the 2017-2018 season, but only got to compete about four times before Limestone cut its swimming program in late April of 2018.

The Limestone cut came so early in Alvarez’s college career that he didn’t have enough credits to avoid sitting out a semester when he transferred. He wound up connecting with Barton College, a junior college in Kansas. Alvarez sat out the fall semester, but joined Barton’s competitive roster in the spring, finishing in the top 8 in four different events at the NJCAA Championships.

Barton being a junior college, Alvarez again had to find a new home after completing what was his sophomore year in 2018-2019. He jumped to Division II Tiffin University in Ohio for the 2019-2020 season, but once again saw enough credits lost between transfers to force another full year of sitting out to regain eligibility.

Alvarez never even got to compete for Tiffin before that school, too, announced it was cutting its men’s and women’s swimming programs this past May.

Now, Alvarez will join Loyola University in New Orleans, an NAIA school. He just arrived on campus, and was quick to thank both Loyola coach TJ Natal and Rick Paine, who runs the American College Connection or ACC, a recruiting service.

“To TJ Natal, thank you coach for trusting me,” Alvarez said. “I arrived 3 days ago and hopefully I will finish my studies here. Thank you for betting on me. I will fight with all my might so that we achieve the greatest successes for the Wolves. We haven’t started yet and I can already see myself swimming hard and enjoying the best experience with the team.”

“Rick Paine, one of the most prestigious recruiters in the U.S., quickly contacted me when I did not have any swimming scholarship options and gave me a range of possibilities,” Alvarez said. “That must be magic, I thought at first, but [really] I had one of the best by my side.”

Paine offered his services pro bono to Alvarez after learning that he had twice been cut.

Those times all come from the NJCAA Championships meet in 2019. That same year, his times would have placed in multiple events at the NAIA National Championships: he would have been 7th in the 100 fly and 11th in the 50 free, plus just outside of NAIA scoring in the 100 free, 200 free and 200 fly.

Wow, what a journey, way to persevere! This looks like it could be a great fit for both the team and the athlete!

Brutal story but inspiring that he’s gone through so much and continues to keep fighting for the sport he loves.

Just arrives Marco to New Orleans with another Marco.