Adrian and Thiago score most dominant races in pre-taper competition 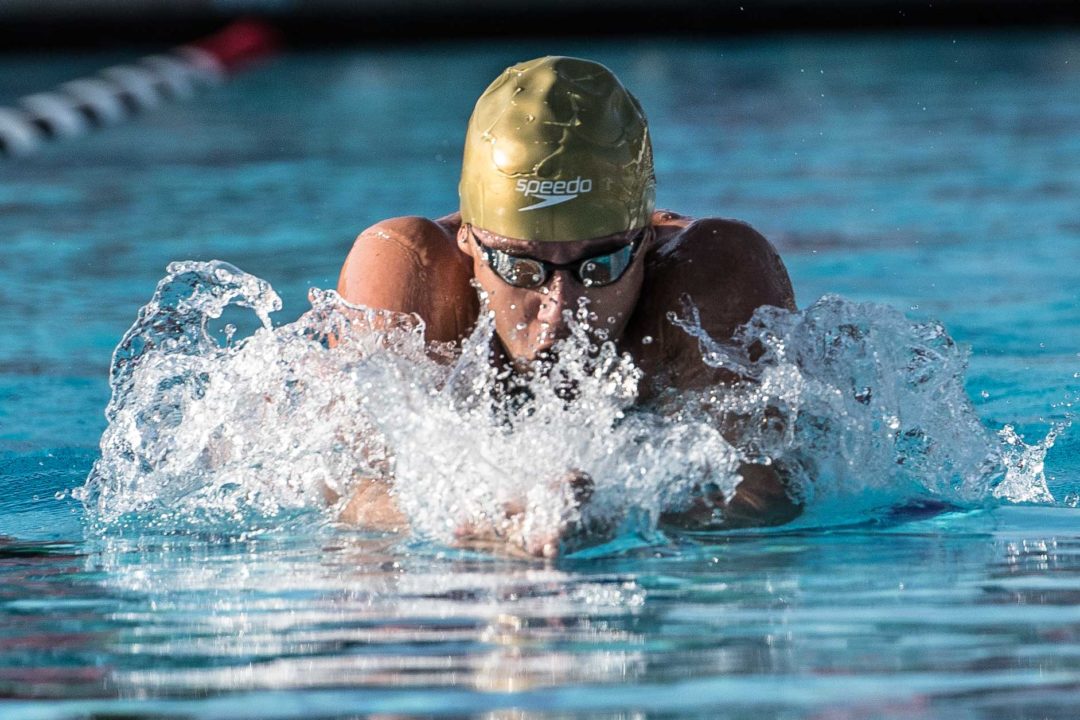 This past weekend (June 4-5th), the last major American swim competitions were held before swimmers begin to taper for both U.S. Trials and the Olympic Games. Current photo via Mike Lewis/Ola Vista Photography

Versatile Sabrina Johnston from BGCN Marlins has made a commitment to the application process at Princeton, becoming the 4th verbal to the class of 2026.

U.S. Open and Summer Juniors qualifier Ella Flowers has announced her verbal commitment to USC for 2022-23.

This past weekend (June 4-5th), the last major American swim competitions were held before swimmers begin to taper for both American Trials and the Olympic Games. There were two Pro Swim Series events in Santa Clara and Indianapolis, as well as top-notch club-hosted meets in North Carolina, Tennessee, and Texas. What kind of “race shape” are the top swimmers in as they head into the biggest meet of their lives?

Two swims stood out this past weekend as truly dominant heading into taper time. Both Thiago Pereira’s 1:57.77 in the 200 IM and Nathan Adrian’s 21.68 in the 50 free were swum at the Santa Clara Pro Swim Series, and both dominated all competitors across the USA this weekend by a margin of 1.38%.

Pereira, who qualified for his fourth Olympic Games earlier this year said in an interview that he wanted to swim “just under 2 minutes”, so his dominant 200 IM is ahead of the curve for the first weekend in June.
Adrian’s performance is also a good sign for his chances at qualifying for a 3rd Olympic Games. Three weeks out from trials, he dominated the 50 free by 0.30 seconds in a weekend where big-name competitors like Caeleb Dressel, Anthony Ervin, Cullen Jones, and Josh Schneider also raced.

As an Honorable Mention for Most Dominant Swim of the Weekend, Jessica Ashwood scored the highest dominance factor of any woman competing over the weekend. Her 8:18.14 not only broke her own Australian Record in the 800 free, it was 1.24% faster than anyone else swam in the states this week.

{The “Dominance Series” is hosted by SwimSpray and researched, compiled and written by Travis Knop, Andrew Chadeayne, and Aimee Schmitt}

One would hope, but never know in the 50. It’s the splash & dash, over in 21 seconds. A slow start, too deep an entry, any number of other factors can make all the difference, to which I am certain many can testify.

I know most people would pick Phelps, Lochte, and Hagino to medal in the 200 IM.
But Pereira will be in his home country and Hagino will be 12 time zones away. Thiago’s looking good.

I think he does, and is definitely a medal threat for bronze. But Pereia is younger, and he already went a much faster time than Thiago ever did textile.