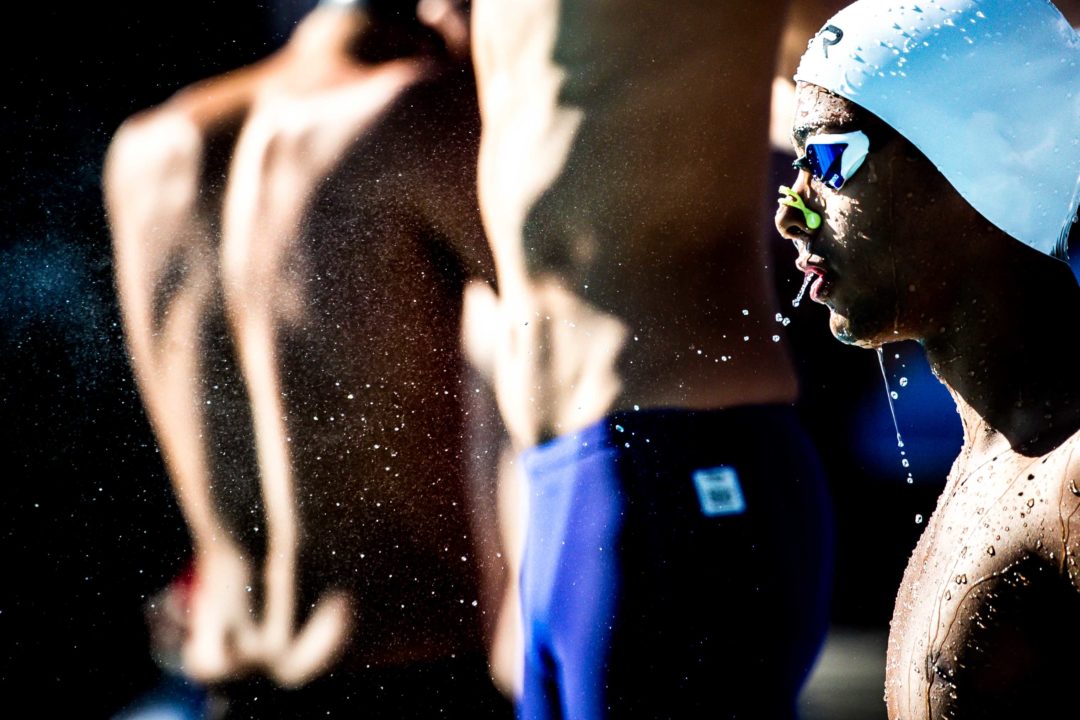 The Southwest Ohio Classic, which held its 35th edition in 2020, is one of the fastest pre-state level high school meets in the country. Archive photo via Jack Spitser/Spitser Photography

Shane Washart and Lainey Mullins both managed to pick up 3 gold medals for South Jersey at the 2021 Middle Atlantic Swimming Champinships.

The Southwest Ohio Swimming and Diving Classic, in its 35th edition in 2020, is one of the state’s major pre-championship invite events, with almost every high school team in the region coming together for a battle royale. From 9 preliminary locations to a single site for finals, the two days of competition each had both preliminary and finals events – including extending beyond the traditional high school events into 200 yard stroke races, a 1650 free, a 400 IM, extra relays, and 50 stroke events for JV swimmers.

The boys side of the meet went according to plan, with the St. Xavier boys, hosts of the finals sessions, winning the meet in a runaway 816-301 margin over Beavercreek. St. Xavier has won the last 11 straight Ohio Division I State Championship meets and 40 titles in total.

The girls meet, meanwhile, was much more tightly contested, with Springboro winning at 344 points to 341 points for runners-up Mason – the defending Ohio State Champions. Springboro was just 10th at last year’s state championship meet, but with this win have asserted themselves as contenders for the 2020 title in February.

Springboro got a huge boost from junior Hannah Hill, who won both the 50 free (23.31) and 100 free (50.54) in comfortable margins. That time in the 100 free is a new lifetime best from her, shaving .15 seconds off what she did at Winter Juniors – East. Last year, at the State Championship meet, she was 8th in the 100 free and didn’t score in the 100 back. If she can repeat her performances from this weekend at the state championship, that could provide as much as a 25 or 30 point boost to Springboro’s state meet result.

Hill’s efforts were augmented by that of senior teammate Maggie Clough, who won the 200 IM in 2:05.73 and was runner-up in 2 other individual races. The challenge for Springboro come February will be that in this format, they were able to rely heavily on their two stars, Hill and Clough. They don’t have the depth of teams like Ursuline and Mason, though, and when Hill and Clough are limited to just 4 swims each, that will hurt them.

There were 4 Meet Records broken on the girls’ side, but only one of those came in an individual event. Mason junior Kiara Anchrum swam a 55.41 in the 100 fly. That broke Madelyn Shaffer’s 2016 record of 55.60.

Even with 2 of the region’s stars gone, brothers Carson and Jake Foster, the boys’ meet was still littered with records, including one in the 100 free from University of Florida commit and their club teammate Adam Chaney. Chaney won the 100 free in 43.74, which crushed the old record of 44.84 that was set in 2018 by Arizona State swimmer Cody Bybee. The top performances list in that event is loaded with names of National Teamers and college All-Americans, including names like Grant House and Zach Apple.

Those were all new lifetime bests for Sequeira, including by over a second in the 100 back.

Sequeira, a Stanford commit, was 3rd in the 200 free and 2nd in the 100 back at last year’s Ohio State Championship meet. Foster won both of those races.

5 foster references for a meet they didn’t swim-also a new meet record!!

Probably just a coincidence that you were also complaining about the new Mason pool, then. 😉