A Lesson in Swim Coaching from a Buddhist Nun 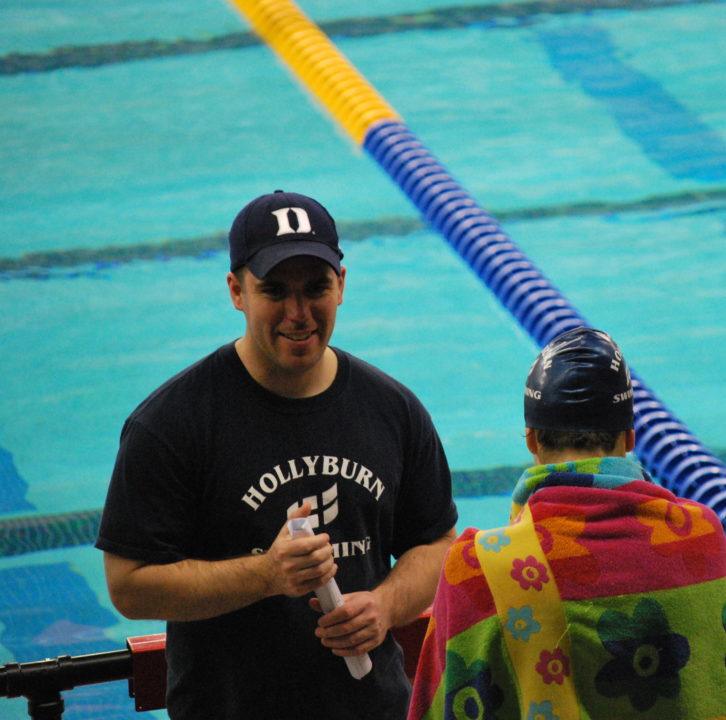 This article has nothing to do with religion. What it is about is a lesson in swim coaching I learned from a Buddhist nun. Current photo via Jeff Grace

After looking at the title of this article you are probably asking yourself what am I about to read?

This has nothing to do with religion. What I want to share is a lesson in swim coaching I learned from a Buddhist nun.

A number of years ago I was part of a group that visited a Buddhist Abbey as part of a course in University. During this visit one of the students asked Sister Anne a question about how one should be taught about Buddhism. Her answer struck a cord with me.

“My favourite way of explaining this is, think about a world champion swimmer, they get to the top of the sport, but is it alone? Of course not, they have a (and at this point she struggled to find the right word) coach, yes a coach.”

Her words definitely captured my attention.

“This coach does not have to be a champion swimmer, he or she leads the swimmer down the path, teaches them how to practice because they have wisdom. Theory and knowledge are important, but not as important as the wisdom to show the swimmer how to get there. The coach may be one who will come last in a race if they were to jump into the water, but they have the wisdom to teach the practice.”

When I laughed Sister Anne looked over at me with a wide grin and an inquiry. When she discovered I was a swim coach she was overjoyed. She expressed she had one more story and told it enthusiastically.

Well at the end of the night I almost offered Sister Anne a job with one of our programs. Her stories pointed out some of the most important aspects of swim coaching. It is about the ability to communicate and teach athletes the wisdom you have gained from your experiences and not necessarily the theory you know.

This is truly what separates the great coaches from the good coaches. As with Frank Zilch, the main character in Doc Counsilman’s legendary talk on The X-Factor, we can all gain knowledge but the application (or what Sister Anne called wisdom) is truly what must be used.

How does one gain this? Some seem to have an innate ability, but most have done it through trial and error. By learning from their mistakes. By applying the same hard work and dedication we ask of the athletes we coach.

There are no short cuts to gaining wisdom, no way to by-pass the process. Sister Anne told one final story that I must share, because it is about the path we travel to become great at what we do – coaching.

“Many in our world forget what hard work things are. I have another story to share about a great teacher who became enlightened. He was asked how have you reached this point? His reaction was to show his students his bottom by pulling down his trousers,” she said with a laugh and a blush. “He showed them the calluses he had on his bum from mediating so hard.”

Remember there are no short cuts to excellence for the swimmers we coach or for those of us who wish to become the best coaches we can be.

All of the above is very true with the addition of the ability to communicate the wisdom in terms that athletes can understand and relate to.

I love this post and the stories. Thank you.

This is a great post! I am often asked why I freely share all my knowledge with my swimmers. I tell people, my knowledge does them no good if I don’t share it. Thank you for the wonderful reminders.