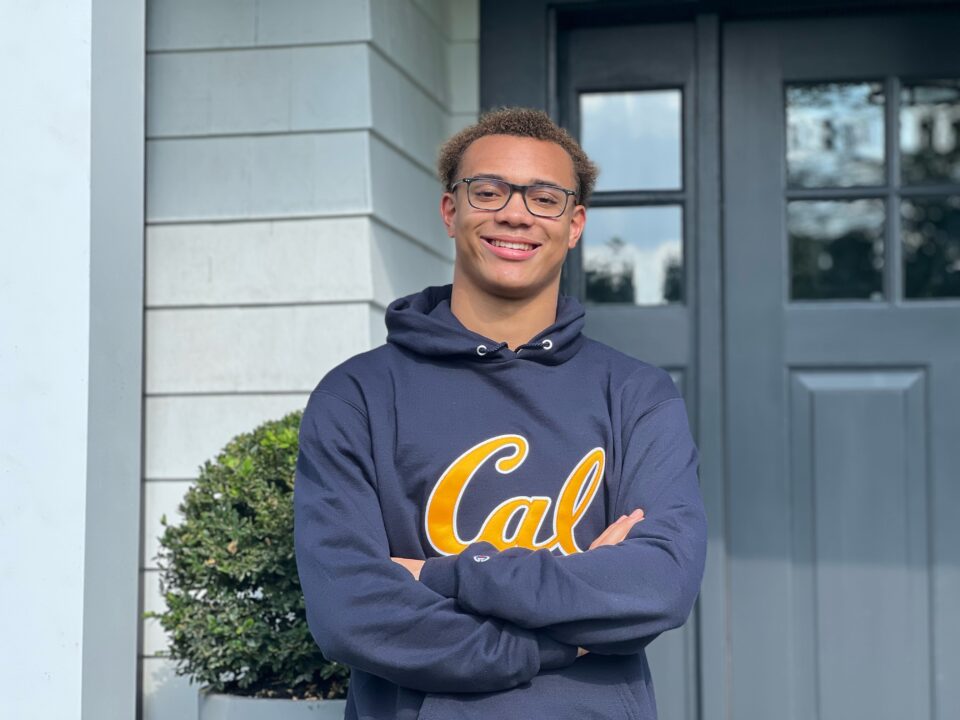 The New Jersey Interscholastic Athletic Association’s Meet of Champions took place this weekend, returning for the first time since 2020 after the meet was canceled last year due to the COVID-19 pandemic.

Unlike most high school state championship meets, New Jersey does not crown team champions at Meet of Champions, and only individual swimmers and school relays are recognized as winners. Meanwhile, team championships are given to the winners of the NJSIAA dual meet state tournament brackets.

One of the highlights of this meet was Pingry’s Roman Jones, a high school junior and Cal commit who also represents the Jersey Flyers Aquatic Club. He was listed as the ninth-ranked recruit on our list of way too early recruits for the Class of 2023.

Jones swam a 46.91 to win the boys’ 100 back, which took down his future teammate Destin Lasco’s meet record of 47.67 from 2018. Jones’s time would have placed 13th at Pac-12s this year, and ranked him fifth on a very deep Cal backstroke depth chart. It also would have placed fourth in the 100 free at this meet. The swim was a massive lifetime best for him, as he dropped nearly a second from his prelims time of 47.68 and his previous best time of 48.11 from before the meet.

It seems to be a trend for New Jersey Cal commits to win the 100 back at Meet of Champions, as aside from Jones this year and Lasco in 2017, current Cal freshman Jack Alexy also won the event in 2018.

Jones also anchored Pingry’s 400 free relay in a time of 44.12, helping the team to a fourth-place finish. His lifetime best in the 100 free sits at 43.83 from December 2021. As northern New Jersey holds many of its high school meets in short course meters, Jones holds the national high school record in the 100-meter freestyle short course, which he broke in January at a dual meet with a time of 49.75. In addition, he also led off his school’s 200 medley relay with a 22.45 backstroke split and was the only backstroker in the field to be sub-23 seconds.

On top of Jones, the Pingry School is the former high school of Olympian Nic Fink and Penn star Matt Fallon.

Another high school junior that had significant swims at Meet of Champions was Haddonfield Memorial High School’s Henry McFadden. He won the boys’ 200 free in a time of 1:35.80, just a few tenths off of Destin Lasco’s 1:35.17 meet record. He was three seconds ahead of second-place finisher Jones, who swam a time of 1:38.99 to finish behind him.

McFadden, who swims for the Jersey Wahoos club team, has yet to make a verbal commitment to a college team.

On the girls’ side of the meet, Penn State commit and high school senior Catherine Meisner of Mount St. Mary Academy and the Greater Somerset County YMCA was one of the stars. Meisner won her third consecutive girls’ 200 free title in a time of 1:46.99, which took down Kelsi Dahlia’s ten-year-old meet record of 1:47.29 from 2012.

Her time is faster than any of the Penn State women have gone in the event in four years, as the last time a Penn State woman has went under 1:47 in the 200 free was Tomlyn Dillone during the 2017-18 season. Meisner’s swim also would have placed her 13th at this year’s Big Ten Championships.

Meisner also finished third in the girls’ 500 free in a time of 4:52.36, but the event was won by her future Big Ten rival, Maddie Waggoner. Waggoner, a Wisconsin commit out of Moorestown High School and Jersey Wahoos, took the event in a 4:48.46. However, her time of 4:45.27 from prelims was a massive personal best for her, and also took down Maggie Wallace’s 4:46.27 meet record from 2018. Waggoner’s time would have made the A-final and placed 8th at Big Tens this year.

Roman’s underwaters are insane in the boys relay video!

dude looks like larry wheels. anyone know his bench?

His team only does dryland. He doesn’t bench.

Wow! That time puts Roman on the top 15 all-time list for the 100 back for his age group. #GOBEARS!