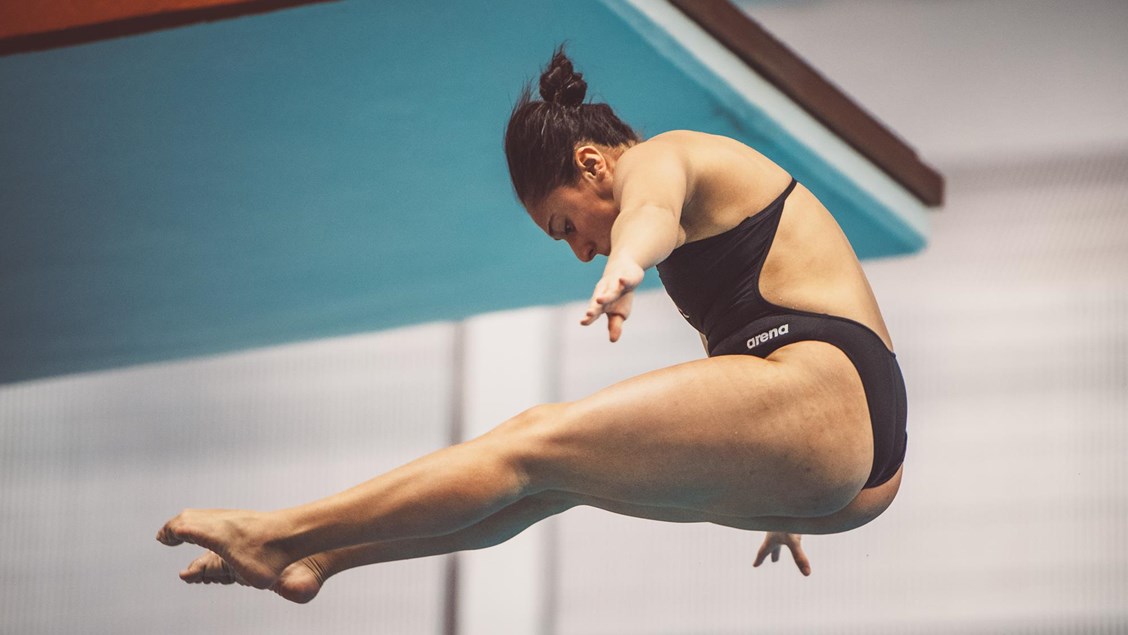 Texas' Paola Pineda was one of three women and five total Longhorns who qualified for NCAAs on the opening day of the Zone D Diving Championships. Archive photo via Texas Athletics

Lindenwood’s diving squad competed in a dive-only meet at the University of Nebraska Omaha over the weekend.

Texas had a great start to the NCAA Zone D Diving Championships on Monday at the University of Wisconsin, getting two men and three women qualified for the NCAA Championships.

For the Longhorns, who will be vying for a second consecutive NCAA title later this month, they had Noah Duperre and Manuel Borowski qualify to compete at nationals, placing sixth and seventh, respectively. Duperre scored six points in this event by placing 11th at NCAAs last season.

There were a total of eight qualifying spots on the line in the event, with Wisconsin’s Tazman Abramowicz, Minnesota’s Jake Butler and Mizzou’s Takuto Endo also punching their tickets.

Texas’ Jordan Windle, the NCAA runner-up last season, is ineligible to compete after receiving a U.S. Center for SafeSport suspension in December.

Defending NCAA champion Sarah Bacon reigned supreme in the women’s 1-meter event, coming out on top for the Golden Gophers with a final score of 688.25.

There were 10 qualifying spots up for grabs in this event, and the Texas Longhorns qualified three women for NCAAs, with sophomore Bridget O’Neil, freshman Hailey Hernandez and senior Paola Pineda placing second, third and fifth, respectively. Pineda was notably fifth in this event at NCAAs last season.

Not a great day for the Texas divers. Two qualifications were expected but Harness and McCourt did not have good days. More chances tomorrow

Well, they still need to qualify and since Harness and McCourt were not top 12 they can’t dive this board at NCAA’s no matter what

I’d say today cost the horns 10-15 possible points based on harness and McCourts history. Cal is extremely happy. That could be the difference

The Texas WOMEN divers did have a great day.