#9 in Class of 2018 Allie Raab Commits to Stanford 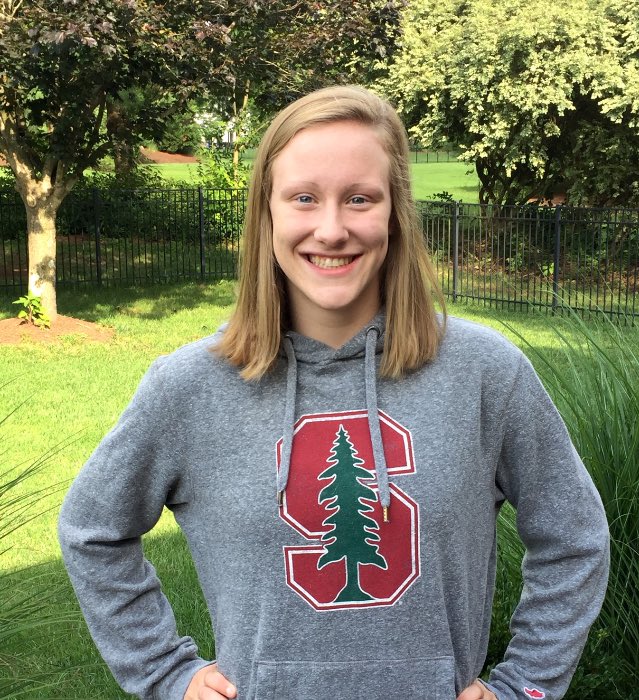 High school senior-to-be Allie Raab has verbally committed to the Stanford Cardinal, saying that “dreams really do come true.” Raab is the 9th-ranked recruit in the SwimSwam rankings for the class of 2018.

Raab is the two-time defending Tennessee State Champion in the 100 breaststroke. She’s a versatile swimmer who specializes in the breaststrokes – a spot that was the biggest gap for Stanford last year when they won the NCAA team title. The Cardinal didn’t score any breaststroke points at the NCAA Championships. Kim Williams, the team’s top sprint breaststroker last season, clocked a flat-start best of 1:00.02, though she was faster (58.51) on their medley relay at NCAAs.

Allie is the younger sister of Georgia’s Meaghan Raab, who placed 19th in the 200 IM, 11th in the 200 free, and was a first-team All-American on Georgia’s 400 and 800 free relays at the 2017 NCAA Championships. She also has an older brother, Tim, who swims at Tennessee, and her mom Jamie Rugless was an NCAA Champion at Stanford under Richard Quick – where she swam in the early 90s.

Before moving to Tennessee, Allie Raab was the Pennsylvania state champion in the 200 free as a freshman.

Dreams really do come true! Looking forward to life on The Farm! ? Stanford class of '22 pic.twitter.com/0auXgpBJH3

Zoe Bartel just committed to Stanford. Now the breaststroke group is strong again at the Farm!

Stanford always stronger.
There’s a very talented wave of young US breaststrokers who will swim in college in the next few years.
Pearl goes to Florida. Raab goes to Stanford. Weiss goes to Indiana. Zhao goes to Stanford.
Looks like recent breaststroke results at Cal don’t help to attract the best talents there.
They can still try to have Zoe Bartel or Alex Walsh.

Great! Welcome to the farm!!!

Allie was also 200 freestyle state champ in Pennsylvania her freshman year before moving to Tennessee. In addition to her sister Meaghan, her older brother Tim swims at University of Tennessee and her mom, Jamie Rugless, swam at Stanford and won a National Championship under Richard Quick.

WOW Swimmingnerd, look at you with all of those historical facts! You must be so proud of all this! Please tell us more, we’re really interested!