9 Big Things From Us and You: Day 4 of US Winter Nationals 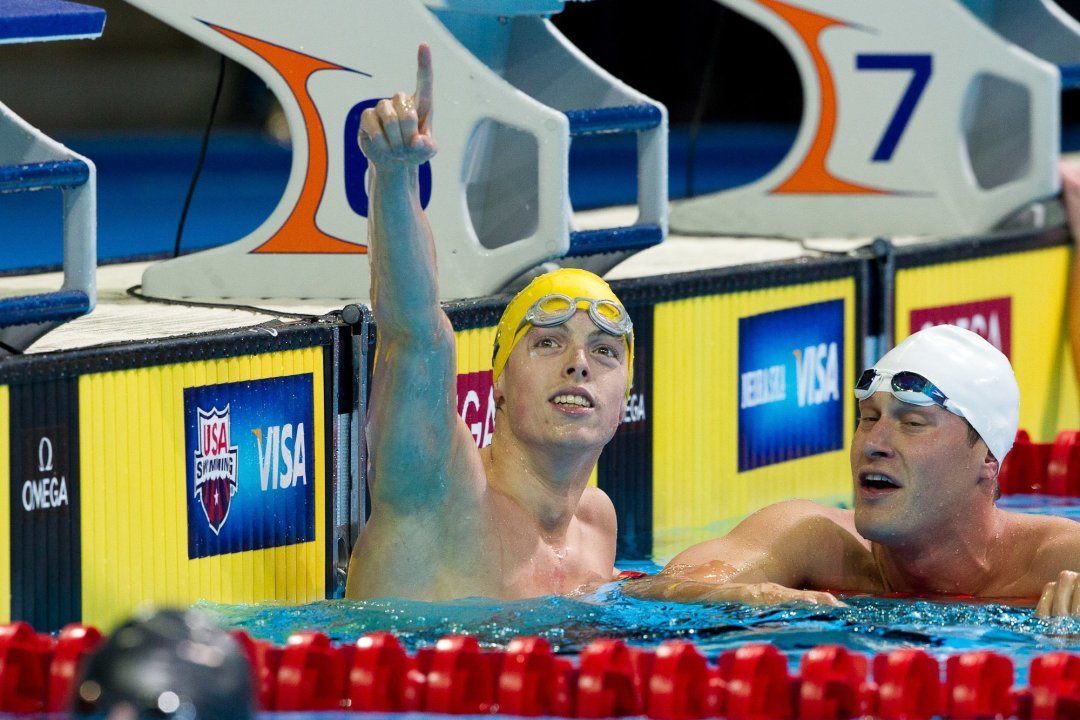 With all four days of the U.S. Winter Nationals now in the books, it’s time to look back at 10 big... Archive photo via Tim Binning/TheSwimPictures.com 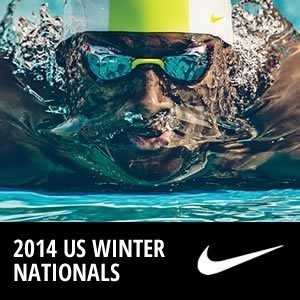 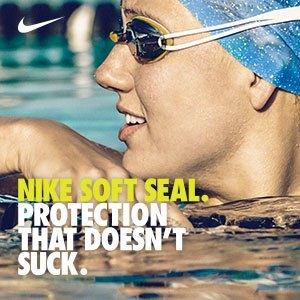 With all four days of the U.S. Winter Nationals now in the books, it’s time to look back at 10 big things we noticed on the day. As with our Short Course Worlds coverage, this list is a collaborative effort: 5 things from us at SwimSwam and 5 things from you, the SwimSwam readers who left your own analyses in the comments section.

1. Three Records Come Crashing Down: In the early heats of the men’s 1650 freestyle, Matthew Hirschberger broke the 15-16 NAG record with a time of 14:51.81. That swim broke a 32 year old record set by Jeff Kostoff in 1982!! To make it even better, Kostoff was at the pool with the Indiana team this weekend!

“It’s about time! I’m proud of him, I got to shake his hand after the race in the warmdown pool” – Jeff Kostoff

When everyone came back for the final session, Katie Ledecky was ready to impress. She bettered her personal best time in the 1650 to set new US Open, American, NAG, and Meet records at 15:13.30. Finally, Connor Jaeger followed Ledecky’s performance with a record setting swim of his own. Jaeger won the men’s 1650 with a new US Open and American record time of 14.23.52! That time broke Chad La Tourette’s American record and Martin Grodzki‘s U.S. Open record.

2. Breakout Performer: True Sweetser has to be the breakout performer of the meet. Tonight he capped off an amazing meet with a third place finish in the 1650 freestyle. He dropped 17 seconds from his best time last year to post a 14:49.43. He touched out the #2 high school recruit from the class of 2015, Townley Haas, to earn the top time from the afternoon distance session. He has had a great meet all around, dropping 3 seconds in his 200 freestyle to go 1:36, 9 seconds in his 500 to go 4:16, and now 17 seconds tonight to finish third in the mile at 14:49.

3. Second fastest All Time 13-14 Girl’s 200 Backstroke: Grace Ariola is another name that deserves a mention. Ariola, a 14 year-old from WAVES Bloomington-Normal YMCA swim team in Illinois, recorded the second fastest 13-14 200 backstroke in history with her time of 1:54.60. Missy Franklin is now the only swimmer ahead of her in USA Swimmings top 100 list. She still has a long way to go to catch up with Franklin, however. Franklin’s best time at age 14 was more than 3 seconds faster than any other 14 year old has ever been at 1:51.07.

4. Third Fastest All Time 15-16 Girl’s 200 Backstroke: Carmel Swim Club has made a lot of noise over the last year, putting multiple girls on the junior national team, sending swimmers to junior pan pacs, and even sending a swimmer, Amy Bilquist, to the short course world championships in Doha. 16 year old Claire Adams had an amazing swim to finish second in the women’s 200 backstroke. She dropped over three seconds from her morning swim, touching with a time of 1:51.76. She almost ran down defending NCAA champion, Brooklyn Snodgrass, with her final 50 split of 27.89 which was almost a second faster than Snodgrass’ final split. That time moves her to third in the all time rankings behind American record holder, Liz Pelton, and Kylie Stewart, the current 17-18 NAG record holder.

5. Nathan Adrian Just Off 100 Free American Record: Nathan Adrian was close to his American record time in the 100 freestyle, but came up just short with a 41.31. The crowd came alive during his race. After watching Ledecky and Jaeger, Adrian’s 19.49 50 split gave the entire building hope for a third record breaking swim. It is encouraging to see him swimming so well here in Greensboro. A worry many have with picking the World Championship team so early is that the selected members will not train as hard as they would if they still had pressure to make the team. This does not seem to be an issue, however, for the Olympic veteran, which is encouraging for fans of the American swim team.

6. Ledecky growing into her speed: Aptly-named commenter EasySpeed notes one area where Katie Ledecky has really improved since her first career breakout:

KL is swimming with more control now. When she was younger she used to go out too fast.

Our take: It’s true, Ledecky has found her pace a bit more. She actually trailed her American record pace at the 500 by a second and a half, but came back to take two seconds off her record by race’s end.

7. Swimming fantasy: Ledecky vs Jaeger on an even playing field: Commenter LiquidAssets comes up with a really interesting swim fan wish:

My fantasy would be for Ledecky and Jaeger to face off in a 1650 and give Ledecky a 50 second lead. I’ll bet they could both do even a little better, given that they both broke the ARs with no competition!

Our take: We love this idea! Watching Jaeger actually get to run someone down? Getting to see how a supreme talent like Ledecky responds to somebody bearing down on her? Somebody make this happen and put it on live TV!

8. Nathan Adrian shuts the door on a lineup addition: This one’s not a commenter as much as a swimmer (instead of “we say, you say,” we can call this story “we say, you say, they say!”) making a comment to our SwimSwam reporter.

After his great short course 200 frees this fall, Adrian is aware that we fans of swimming can’t help but wonder how he’d do on the long course stage. SwimSwam asked Adrian if the possibility has even crossed his mind:

Our take: this is probably for the best. You can watch Adrian’s full response above, and he does a pretty good job of explaining how different the training is for a long course 200. Adrian is better served honing his short speed to give the U.S. a weapon against the elite sprinters from Australia, Brazil and Russia, among others.

US distance goes very well. On the senior ranks as well as on the junior ranks.

Our take: it’s true – there’s been some concern among commenters about the US presence in sprints worldwide, but the distance events are producing some up-and-coming names (Ledecky and Jaeger, but also swimmers like True Sweetser and Matthew Hirschberger) that could make the longest races the future backbone of American national teams.

I love Swimswam! One-upping your game by including fan comments is an awesome idea! Plus, your on-deck interviewers are always so much better than those from the networks when events are televised! Thank you for all you do! 🙂

Ledecky swims races in different ways. She went out incredibly fast in her 400 free WR at Nationals. With a less aggressive pace she might have broken her 800 free record at Pan Pacs, even swimming so soon after her 200. At other times she negative splits races. From remarks after the 400 at Nationals, it sounded like Ledecky swam that race the way she wanted–and then swam about a half second faster at Pan Pacs her coach’s way.

To further what Jim C is saying: I saw in an interview with coach Gemmell where he stated that they are working on being able to swim races different ways. Which is good, because a couple of years ago Katie would eschew pacing strategies when she talked about her swims in interviews. I personally believe a negative split strategy is the best. Even pace is second best and out fast and allowing a fall off is the worst. But anyway, yeah she is definitely swimming smarter.